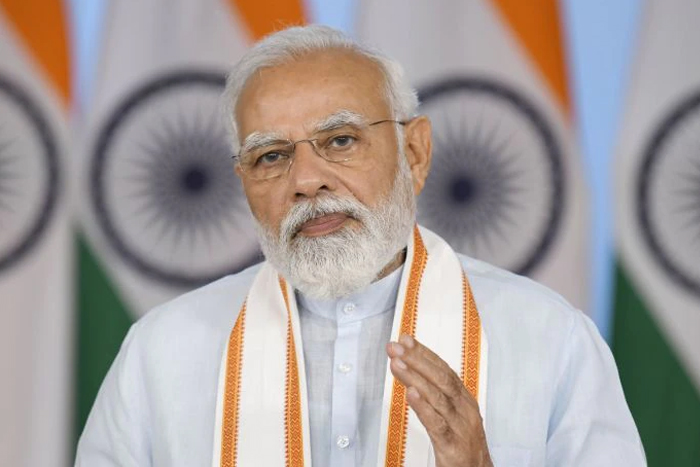 Prime Minister Narendra Modi, is on a two-day visit to Gujarat where Assembly polls are due in the next few months, will launch Mission LiFE in Kevadia today, besides participating in the 10th Heads of Missions Conference. The Prime Minister will also lay the foundation stone of multiple development initiatives worth over Rs 1970 crores in Vyara, Tapi.

Teach a lesson to those who insult Gujarat: PM Modi

At the Junagarh rally, the Prime Minister played an emotional pride card to attack political opponents, asking people to punish those who insulted them and the state. Addressing the rally at Junagadh town in Saurashtra region, He said “Some people believe in insulting Gujaratis… they wish to divide Gujaratis. Gujaratis have built industries and trade and given jobs to people from other states, such Gujaratis are being insulted, do we want to continue to tolerate such insults or do you think we need to teach them lessons? Let us teach them a lesson for the pride of Gujarat.”

According to him, once the airport is operational, fruits grown in the area can be exported, and tourists from across the country as well as foreign tourists planning to see Asiatic lions or visit Somnath temple will get connectivity.

Appreciating the coastal belt`s contribution to the country`s economy, Modi said, “In the last 20 years, aqua exports have increased 7 times. I have laid the foundation stone of three fishing harbours, which will boost the fishing sector.”

While launching Mission Schools of Excellence in Gandhinagar, IANS quoted PM Modi as saying “Because of the dilapidated state of the education sector in Gujarat 20 years ago, 20 out of 100 children would never go to school,” adding “Those students who did manage to get to school would drop out after 8th standard, but in the last 20 years, the education sector has witnessed growth and development… more than 1.25 lakh new classrooms were built in Gujarat, and more than 2 lakh teachers were recruited.”