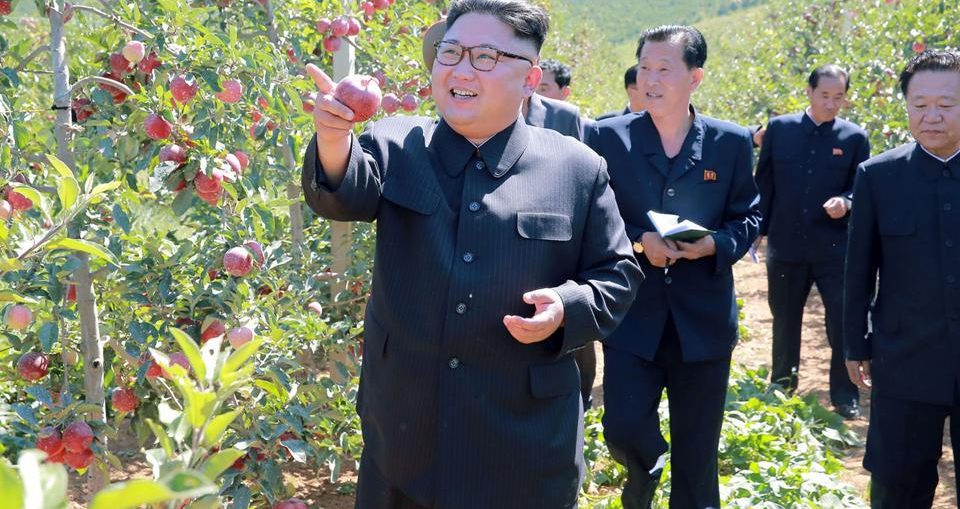 South Korea approved a plan on Thursday to send $8 million worth of aid to North Korea, as China warned the crisis on the Korean peninsula was getting more serious by the day and the war of words between Pyongyang and Washington continued.

North Korea’s foreign minister on Thursday likened US President Donald Trump to a “barking dog”, after Trump warned he would “totally destroy” the North if it threatened the United States and its allies.

Chinese foreign minister Wang Yi said the situation on the Korean peninsula was getting more serious by the day and cannot be allowed to spin out of control.

“We call on all parties to be calmer than calm and not let the situation escalate out of control,” Wang said, according to a report from the state-run China News Service on Thursday.

The decision to send aid to North Korea was not popular in South Korea, hitting President Moon Jae-in’s approval rating, raised concerns in Japan and the United States, and follows new UN sanctions against North Korea for its sixth nuclear test earlier this month.

The South’s Unification Ministry said its aid policy remains unaffected by geopolitical tensions with the North. The exact timing of when the aid will be sent, as well as its size, will be confirmed later, the ministry said in a statement.

“We have consistently said we would pursue humanitarian aid for North Korea in consideration of the poor conditions children and pregnant women are in there, apart from political issues,” said Unification Minister Cho Myong-gyon.

Ahead of the decision, UNICEF’s regional director for East Asia and the Pacific Karin Hulshof said in a statement the problems North Korean children face “are all too real”.