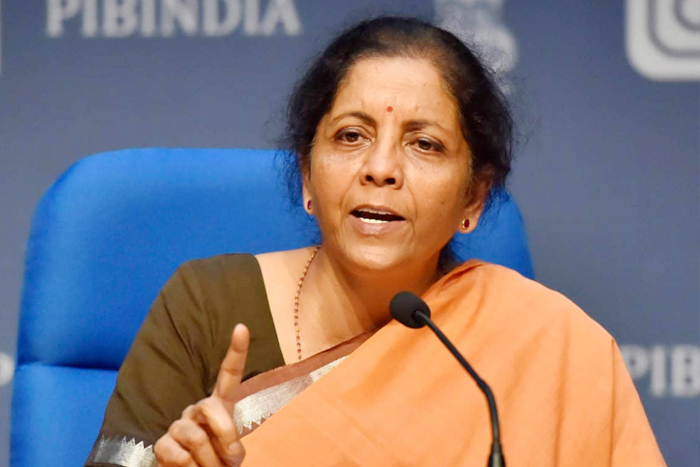 Nirmala Sitharaman had demanded an apology from Congress president Sonia Gandhi for the “rashtrapatni” remark by Adhir Ranjan Chowdhury.

Rajya Sabha Chairman M Venkaiah Naidu on Monday expunged the references made by Finance Minister Nirmala Sitharaman to Sonia Gandhi in the House on July 28.

“As the members of the Press Gallery are aware, the Chair was pleased to direct expunction of a certain portion of the proceedings of Rajya Sabha dated 28-07-2022 at about 11:05 am,” said an official order from the Rajya Sabha Secretariat.

The expunction follows a meeting between opposition leaders and Mr Naidu in his chamber.

Leader of Opposition in Rajya Sabha Mallikarjun Kharge said since Sonia Gandhi is a member of the other House, no reference could be made to her in the Rajya Sabha. The Chairman is learnt to have agreed to the opposition leaders.

During the meeting, Mr Kharge demanded that Mrs Gandhi’s name be expunged because she is not a member of the Upper House, Mr Goyal countered asking how PM Narendra Modi’s name is taken on every subject by the Opposition.

He was told by Mr Kharge that Narendra Modi is the Prime Minister of the country and his name can be taken in either Houses of Parliament, the sources said.

Mr Naidu, after having heard both sides, sources said, is learnt to have agreed to the Opposition demand and expunged the references made directly to Sonia Gandhi in the House by Ms Sitharaman on Thursday last.

Mr Kharge had written to the Rajya Sabha chairman last week demanding that the name of Sonia Gandhi and references made to her be expunged from the records and had cited past precedents in favour of his contention.