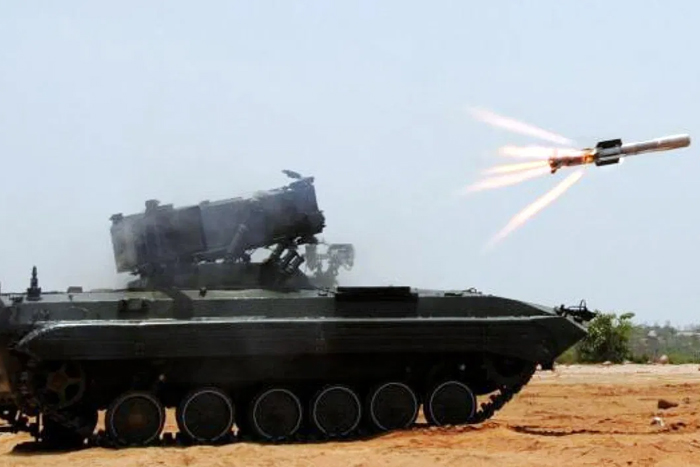 According to senior government officials, the Nag anti-tank missile is now ready for induction as it has completed 10 successful user trial with the weapon finding and then hitting the target.

At 6.45 am today the Defence Research and Development Organization (DRDO) successfully completed the final trial of Nag anti-tank missile using a live warhead on a dud tank at Pokhran army ranges. The shoulder launched four kilometre range missile with Imaging Infra red seeker will now be inducted in Indian Army.

The Nag trial comes after the DRDO tested the helicopter launched Stand-off Anti-Tank Missile (SANT) with beyond 10 km range from Balasore testing range in Odisha on October 19. Although the missile will ultimately integrated with attack helicopters in future, the test was conducted from ground and was successful.

According to senior government officials, the Nag anti-tank missile is now ready for induction as it has completed 10 successful user trial with the weapon finding and then hitting the target.

The DRDO is on a missile testing spree since the past month with only one missile, 1000 km range sub-sonic cruises Nirbhay, developing a snag in a test earlier this month. The missile is now expected to test fired in the coming months as the technical snag in the booster has been identified and rectified by the missile team.

The final trial of Nag anti-tank missile means that the Indian Army will no longer have to import this weapon from either Israel or the US for the range of four kilometres. It was due to unavailability of a credible anti-tank weapon, that India had to buy around 200 pieces of Spike anti-tank missiles from Israel as emergency purchases after the aggression by People’s Liberation Army in Ladakh. The Spike missiles were purchases after the Galwan flare-up on June 15 after which both India and China have deployed troops all along the 1597 km Line of Actual Control (LAC) in Ladakh.

The need for anti-tank missile was sorely felt after PLA amassed artillery, rockets and tanks in occupied Aksai Chin to deter India.