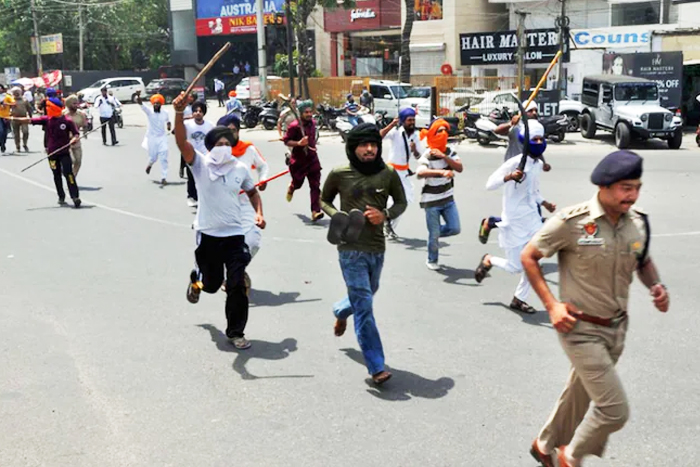 There was a clash in the city on Friday in which 4 people were injured. In order to check spread of rumours, the Punjab government has ordered shutdown of mobile internet services and SMS services in Patiala district on Saturday.

The decision has been taken following a clash between two groups on Friday in which four people were injured.

As per an order issued by Principal Secretary, Home, Anurag Verma, mobile internet services  (2G/3G/4G/CDMA), all SMS services and all dongle services, etc, provided on mobile networks except voice calls in the territorial jurisdiction of Patiala district will be suspended from 9.30 am to 6 pm on Saturday.

The order said the Deputy Commissioner and SSP have hinted towards a situation where data services could be grossly misused by certain unscrupulous elements.

The order has asked all telecom services providers in the state to ensure compliance of the order.

“There is a likelihood of tension, annoyance, obstruction or injury to persons, danger to human life and property, disturbance of public peace and tranquillity within the limits of Patiala district due to the recent law and order events.”

The government said the decision had been taken in public interest with a view to stopping the spread of misinformation and rumours, through various social media platforms.

Meanwhile, various Hindu outfits have called for a bandh in Patiala. Majority of the shops are closed in the city on Saturday.