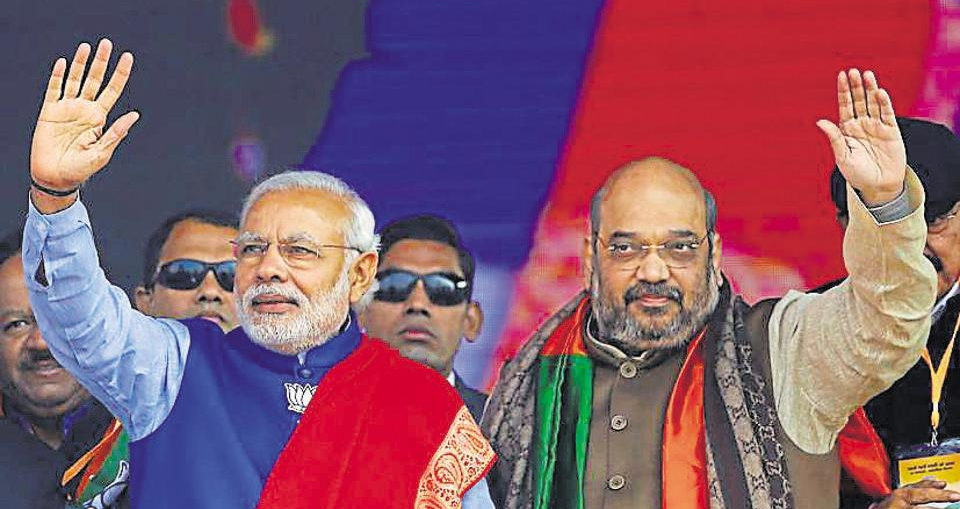 The capital city has never been so decked up for a party conclave. Prime Minister Narendra Modi dots the skyline. Next to him in every second poster is his trusted lieutenant and BJP chief Amit Shah. The politician duo from Gujarat and more than 300 other senior BJP leaders from different parts are meeting in Odisha’s capital for a two-day brainstorming session on the party’s “Mission 2019”. Past victories will be hailed and future electoral challenges discussed at this BJP national executive meeting beginning Saturday.

Modi and Shah have set their eyes on unconquered territories, Odisha being one of them, to win the 2019 Lok Sabha election. India’s eastern coast disappointed the BJP in the last election, despite a phenomenal jump in its vote share.

Shah wants this growth in popular support to translate into seats for the BJP in states such as West Bengal, Kerala, Andhra Pradesh, Tamil Nadu and Kerala. “We want to increase our numbers from these states,” says petroleum minister Dharmendra Pradhan, who bears much of the responsibility for organising this mega show.

“The venue for BJP meet is crucial in that regard.” The BJP held its last national council meeting in Kerala, a Left bastion where it won an assembly seat for the first time in the 2016 assembly election.

At its executive meeting in Allahabad last June, the BJP said despite enthusiastic support from voters in the 2014 Lok Sabha elections, it could win very few seats along the coast from West Bengal to Tamil Nadu and Kerala.