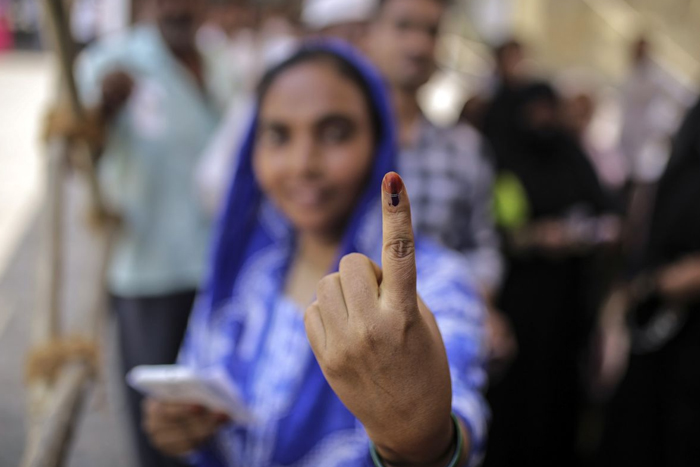 Delhi MCD Election 2022: Polling for the high-octane Delhi MCD elections will take place on December 4, and counting of votes will be on December 7. The time of polling will be from 8 AM- 5:30 PM.

The elections to the 250-ward Municipal Corporation of Delhi (MCD) will be held on December 4 which will decide the fate of 1,349 contenders, including 709 women, three days from now. While the Aam Aadmi Party (AAP) and the Bharatiya Janata Party (BJP) have fielded their candidates in all 250 wards, Congress has nominated its candidates in 247 wards. The results of the MCD elections will be announced on December 8. Of the 250 wards, 42 seats are reserved for SC candidates, 21 for women SC candidates, and 104 seats for women candidates.

Adequate security arrangements have been put in place for the polling on Sunday. A total of 30,000 security personnel will be deployed in different polling booths with higher deployment at booths identified as critical or at the ones which fall in sensitive areas, SP Hooda, Special CP, Law & Order, Zone 2, said on Friday. Home Guards and CRPF personnel will also be on the job along with Delhi Police, the official said, adding that night patrolling is underway to ensure peaceful elections in the national capital.

For the polling day, the election commission has set up a total of 13,665 polling booths, including one station which will be fully managed by women. Further, the Delhi Metro train services on all lines will start at 4 AM from all terminal stations on polling day, i.e, December 4. The trains will run with a frequency of 30 minutes on all the lines till 6 AM. After that, metro trains will run as per the normal Sunday timetable throughout the day, Delhi Metro Rail Corporation said in a statement on Friday.

Ahead of polling, the State Election Commission has deployed 493 micro observers at sensitive and hypersensitive polling locations in Delhi, who will remain stationed at these locations throughout the polling day and keep a close watch at the proceedings at the booths.

In the high-octane MCD polls, Delhi Chief Minister Arvind Kejriwal announced 10 guarantees by AAP. Among the top promises made by the party include making the civic body corruption-free, improving the quality of MCD schools and dispensaries, providing a permanent and practical solution to the issue of parking space, repairing roads, clearing three landfill sites in the city, paying salaries of staff on time.

AAP’s main contender, the BJP, had released a 12-point manifesto which includes doing away with trade and health licenses, free cycles for meritious girls in MCD schools, and monthly scholarships for students above Class 5, among other promises.

The Congress, on the other hand, has promised RO water purifiers for the poor, day-boarding facility at MCD schools, clearig landfill sites, clearing broken sewerage lines and clogged drains, among others.