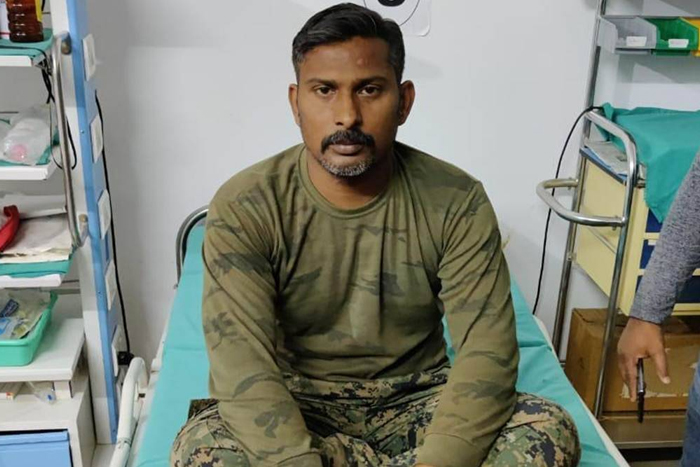 RAIPUR: After five days in Maoist captivity, CoBRA commando Rakeshwar Singh Manhas walked free on Thursday evening. The insurgents released him deep in the forests of South Bastar in Chhattisgarh, some 20-22km from the ambush site where 22 soldiers, including some of Manhas’ colleagues, were martyred on April 3.

It was an unconditional release. The abducted CRPF commando was handed over to social worker Dharampal Saini, tribal leader Telam Boraiya, Sukmati Hakka, sarpanch of Murtunda in Bijapur and Rudra Khare, a retired teacher, who were the emissaries for his release, an official said.

The commando’s family was overwhelmed with joy. “I have received official communication of his safe return. He is in good health. Today is the happiest day of my life. I always remained hopeful of his return,” said his wife, Meenu.

Home minister Amit Shah spoke with Rakeshwar Manhas and his family members over phone and asked about his well-being. Chhattisgarh CM Bhupesh Baghel and state home minister Tamradhwaj Sahu also expressed happiness at the commando’s release and thanked the interlocutors and officials who made it happen. Manhas was freed around 4.30pm.

He didn’t speak to mediapersons and was taken straight to hospital. Videos of the release show armed Maoists untying the ropes that bind his arms as villagers watch. He was brought to the Tarrem camp — 8km from the Tekulguda ambush site — and then shifted to the field hospital in Basaguda as he was suffering from weakness and dehydration.

Local reporters Ganesh Mishra and Mukesh Chandrakar, who were among the interlocutors, said, “The Maoists had told us that unless the state government sends a team of interlocutors, they wouldn’t release him. We contacted Bastar range IG P Sundarraj and he formed a team of social workers. We then received a call from Maoists on April 5 and they asked us to reach Junnaguda.” The team was taken 15km deep into the forest from Junnaguda, where Manhas was released.