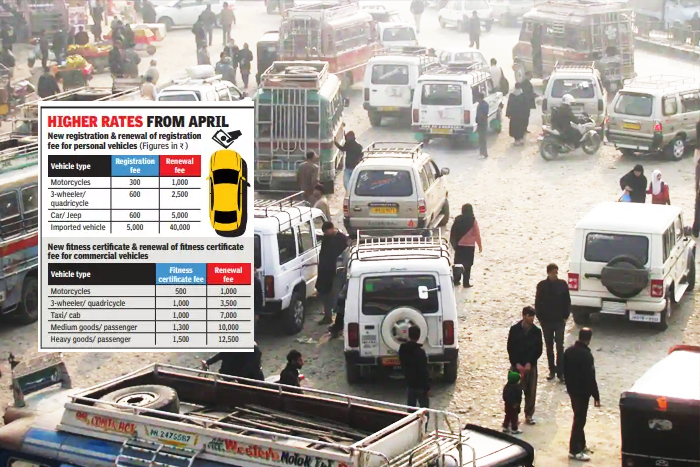 Keeping vehicles older than 15 years is going to pinch now

NEW DELHI: It’s official now. Come April 2022, owners of more than 15-year-old cars will have to shell out eight times more than now to renew registration of their vehicles. Owners of heavy commercial vehicles, too, will have to pay nearly eight times higher fee to renew fitness certificates for their trucks and buses which are more than 15 years old.

The road, transport and highways ministry on Monday issued the notification for implementation of this new fee regime from next year. The notification, however, will have no impact on vehicle owners in Delhi and its neighbourhoods where more than 10-year-old diesel and 15-year-old petrol vehicles are banned.

According to the notification, the renewal of registration of a 15-year-old car will cost Rs 5,000, which now is Rs 600. Similarly, the charge for registration-renewal of old motorcycles will be Rs 1,000, for which the current fee is Rs 300. Obtaining a fitness certificate for a 15 year-plus bus or truck will be Rs 12,500, which now is Rs 1,500. The renewal of fitness certificate for cabs will also be seven times more than the current charge of Rs 1,000.

The increase in renewal of registration and fitness certificates is aimed at discouraging people from keeping their old vehicles.

Fitness and not age shall be the criterion. Most Middle class buy a vehicle for life and would not have run even one lakh kilometers, after 15 years