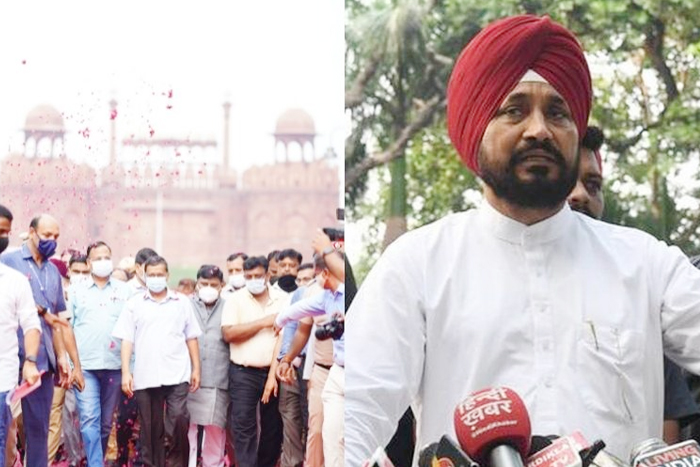 Channi in a TV interview had said that Kejriwal should wear better clothes. “It’s okay if you don’t like my clothes, the public likes them,” Kejriwal retorted later, adding that the Punjab CM should forget about his clothes and tell him when he plans to fulfill his poll promises

Punjab Chief Minister Charanjit Singh Channi took a sharp jibe at Arvind Kejriwal, but the Delhi CM had his answer. Channi in a TV interview had said that Kejriwal should wear better clothes. To this the AAP chief replied that as long as people are happy, he didn’t care about Channi’s comments. He also asked his Punjab counterpart that whether and when he plans to fulfil his election promises.

During a conversation with a news channel, Punjab CM Channi, when asked what he has to say to Kejriwal who says that Congress has left Punjab in a mess, was seen getting visibly irritated and making an uncharitable comment. He asked the news anchor if he has Rs 5,000 and if we would give it to Kejriwal to buy good clothes. “Although he earns a salary Rs 2.5 lakh, he doesn’t wear good clothes.”

He then went on to add: Forget the clothes, when will you fulfill these promises? Give employment to every unemployed; waive loans of farmers; punish the accused in the Guru Granth Sahib sacrilege case ; take action against tainted ministers, MLAs and officers.”