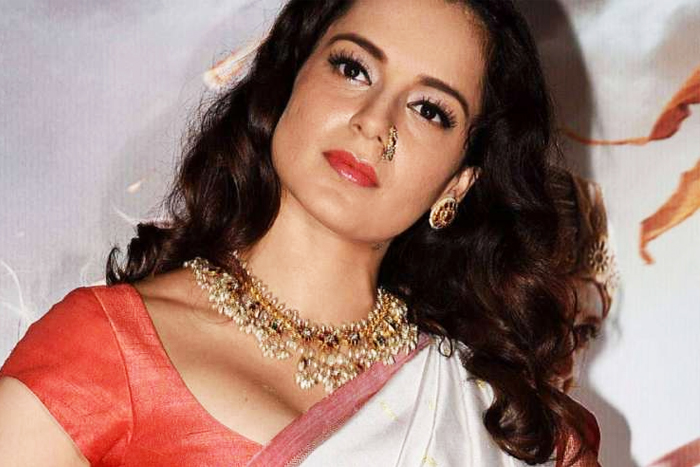 MUMBAI: The Mumbai municipal corporation issued a 24-hour notice to actor Kangana Ranaut on Tuesday seeking a reply on alleged “illegal alteration and construction” within the premises of her recently renovated bungalow at Pali Hill in Bandra.

Because of the criticism that @mybmc received from my friends on social media, they didn’t come with a bulldozer today instead stuck a notice to stop leakage work that is going on in the office, friends I may have risked a lot but I find immense love and support from you all 🙏 pic.twitter.com/2yr7OkWDAb

The structure is a row house that has been converted into an office. If Kangana fails to reply to the notice in 24 hours (Wednesday morning), the BMC will demolish the unauthorized portion of the bungalow, said assistant municipal commissioner (H-West ward) Vinayak Vispute. BMC has moved court asking for a hearing and to ensure ex parte orders are not issued in case Kangana approaches it to stop the demolition.

The BMC notice lists out unauthorized constructions of toilet, kitchen, pantry on the ground floor. It also mentions an unauthorized room built on the first floor using a wooden partition and illegal inclusion of a second floor balcony into habitable area. The bungalow was earlier used as a kindergarten; Kangana purchased it a few years ago. She had approached the residents’s association to inform them that after renovation, she would use the bungalow as an office-cum-home.

The actor appeared unfazed by the BMC’s action. She tweeted, “Now @mybmc has filed a caveat against me, really desperate to break my house, I deeply love what I built with so much passion over so many years but know that even if you break it my spirit will only get stronger …. GO ON …” Civic staff had carried out an inspection of the bungalow on Monday.

The action followed news of the Centre granting her Y-plus security after her tweets comparing Mumbai to Pakistan-occupied Kash mir riled the political dispensation in the state. Kangana’s comments were against Mumbai Police for its handling of the Sushant Singh probe.

BMC’s notice to Kangana was dubbed as “politically motivated” by residents in the locality. Madhu Poplai, secretary, Pali Hill Residents’ Association, said, “No demolition is required unless there are structural changes in the premises. In the city, people always carry out some or the other alteration in their houses. If they want to act, BMC should act against all.” Meanwhile, CRPF security was deployed at the building where Kangana lives, a day ahead of her arrival in the city.