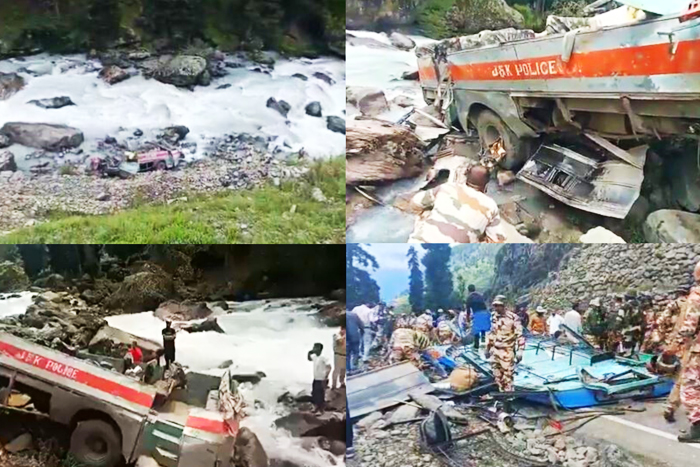 ITBP Bus Accident: Out of the 39 jawans, 37 were from the ITBP. The two others belonged to the J-K Police.

At least six Indo-Tibetan Border Police (ITBP) personnel and a police official lost their lives while several others were injured after a civil bus carrying 39 personnel of the security forces plunged into riverbed near the Frislan village of Pahalgam in Jammu and Kashmir on Tuesday. The bus fell down after its brakes reportedly failed.

“In a road accident near Chandanwari Pahalgam in Anantnag district, 6 ITBP personnel got martyred while as several others got injured, who are being airlifted to Army hospital, Srinagar for treatment. Further details shall follow,” the Kashmir Zone Police said in a tweet.

The death toll, however, is expected to rise as the condition of six of the injured personnel is stated to be critical. “Our 6 jawans have lost their lives, 30 injured. We will provide the best possible treatment to the injured. ITBP HQ keeping a watch on the situation. The jawans were returning from Amarnath Yatra duty. All help will be provided to affected families,” the ITBP said in a statement.

Union Home Minister Amit Shah has also condoled the loss of lives in the incident. “Anguished to learn about the accident of a bus carrying ITBP and police personnel in Pahalgam, Jammu and Kashmir. My prayers and thoughts are with the bereaved families. The injured were rushed to the hospital. May they recover at the earliest,” he tweeted.