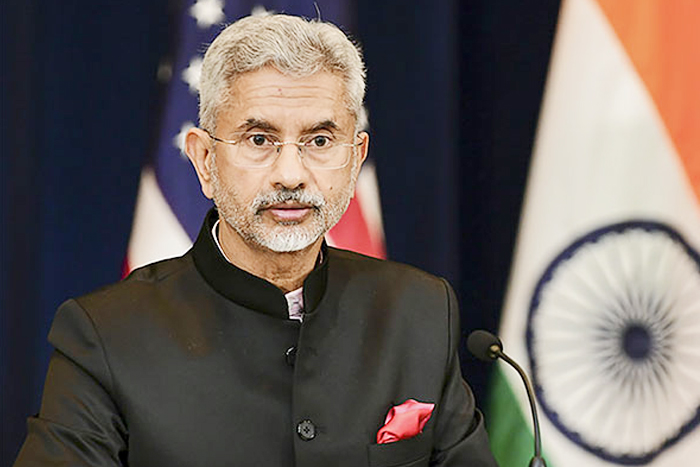 Jaishankar in Saudi in first visit as Foreign Minister

In June, Saudi Arabia had described Sharma’s comments as “insulting” and had called for “respect for beliefs and religions”. It was among 16 countries, which had objected to the BJP spokesperson’s comments. Sharma was later suspended by the BJP.

IN THE first such interaction after the controversial remarks on the Prophet by former BJP spokesperson Nupur Sharma, External Affairs Minister S Jaishankar will meet the senior leadership of Saudi Arabia over the next two days during his three-day visit to the kingdom.

This is also Jaishankar’s first official trip to the Gulf country as External Affairs Minister. He arrived in the Saudi capital, Riyadh, on Saturday.

During the visit, he will co-chair the inaugural ministerial meeting of the Committee on Political, Security, Social and Cultural Cooperation, under the framework of the India-Saudi Arabia Strategic Partnership Council, along with Saudi Foreign Minister Prince Faisal bin Farhan. This is the apex body for giving strategic direction to India-Saudi Arabia ties.

The two ministers will “undertake a comprehensive review” of the bilateral relationship and discuss progress under the four Joint Working Groups of the PSSC Committee — Political & Consular; Legal & Security; Social & Cultural; and, Joint Committee on Defence Cooperation. These groups and senior officials had met over the past few months.

“During the visit, EAM will also meet other Saudi dignitaries, as well as Secretary General of the Gulf Cooperation Council HE Dr Nayef Falah Mubarak Al-Hajjraf. Both sides will review the bilateral relations and discuss ways to enhance them,” the Ministry of External Affairs said in a statement.

“Both sides will also discuss regional and international issues of mutual interest including their cooperation at the UN, G20 and GCC,” it said.

Besides, Jaishankar will meet representatives of the 3.5 million Indian expats living and working in the Kingdom.

The top leadership of both countries remained in close touch even during the Covid pandemic, its statement said.