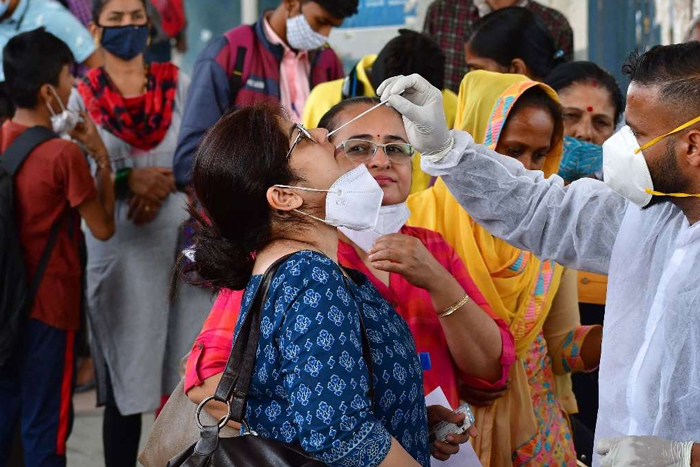 The patients with the new variants of the virus don’t have any severe symptoms so far.

New Delhi: India’s first case of Coronavirus variant XE was reported in Mumbai today, the Brihanmumbai Municipal Corporation has said in a media release. One case of the Kappa variant has also been detected. The patients with the new variants of the virus don’t have any severe symptoms so far.

The new mutant may be more transmissible than any strain of Covid-19, the World Health Organization had said last week.

Official sources from the union health ministry, however, disagreed, saying the present evidence does not suggest that it is XE variant.

“FASTQ files in respect of the sample, which is being said to be XE variant, were analysed in detail by genomic experts of INSACOG who have inferred that genomic constitution of this variant does not correlate with genomic picture of XE variant,” an official said.

“The patient had foreign travel history and we put the patient’s sample for genome sequencing along with 230 samples. Of the 230, 228 had Omicron BA2 variant and one had Kapa and one was detected with XE,” Additional BMC Commissioner Suresh Kakani told.

“As per the guidelines of the World Health Organisation, the BA 2 and XE is at par so far the spreadability is concerned. As of now there is nothing to worry about,” he added.

The new mutant may be more transmissible than any strain of COVID-19, World Health Organization had said last week.

The Mumbai patient is a 50-year-old costume designer who returned from South Africa in February. She tested positive for Covid on March 2, the BMC said in its release.

The new strain was detected in the UK at the start of the new year. Britain’s health agency said on April 3 that XE was first detected on January 19 and 637 cases of the new variant have been reported in the country so far.

XE is a “recombinant” which is a mutation of BA’1 and BA.2 Omicron strains. Recombinant mutations emerge when a patient is infected by multiple variants of Covid. The variants mix up their genetic material during replication and form a new mutation, UK experts said in a paper published in British Medical Journal.

The World Health Organisation had said that the new mutation XE appears to be 10 per cent more transmissible than the BA.2 sub-variant of Omicron.

“Early-day estimates indicate a community growth rate advantage of 10 percent as compared to BA.2, however, this finding requires further confirmation,” the global health body had added.

Out of the 230 Mumbai patients whose samples were sent for genome sequencing, 228 are positive for Omicron, one Kappa and one XE. 21 of the total 230 patients had to be hospitalized, though none of them needed oxygen or intensive care. 12 of those hospitalized were unvaccinated and nine had taken both doses.