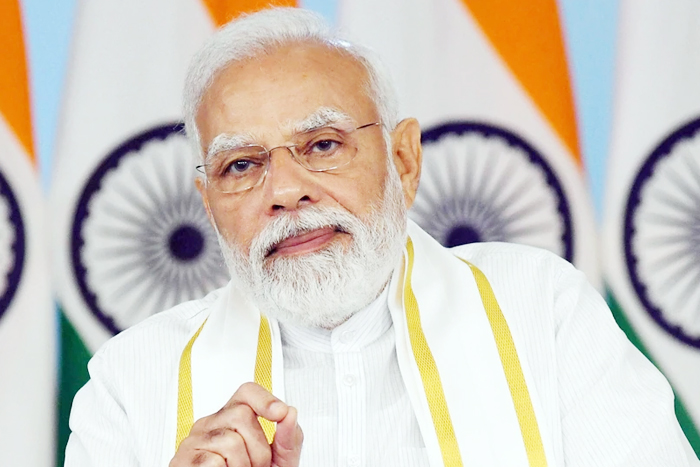 He said that a task force has started working in that direction while underscoring the importance of faster and efficient technology in accelerating development and employment generation.

The Test Bed is an important step toward self-reliance in critical and modern technology in the telecom sector, he said. “The country’s own 5G standard has been made in the form of 5Gi. It is a matter of great pride for the country. It will play a big role in bringing 5G technology to the villages of the country.”

Modi said the 5G technology is also going to bring positive changes in the governance of the country, ease of living, and ease of doing business. “This will boost growth in every sector like agriculture, health, education, infrastructure, and logistics. This will also increase convenience and create many employment opportunities,” Modi said. “For rapid roll-out of 5G, efforts of both the government and industry are needed.”

Modi said the telecom sector is one of the great examples of how self-reliance and healthy competition could create a multiplier effect on society and the economy. Coming out of the despair, frustration, corruption, and policy paralysis of the 2G era, the country has moved rapidly from 3G to 4G and now 5G, and 6G, he said.

He said new energy has been infused into the telecom sector with the ‘Panchamrita’ of ‘Reach, Reform, Regulate, Respond and Revolutionise’ in the last eight years. Now the country is going beyond thinking in silos and moving ahead with the “whole of the government approach”, he said. “Today we are expanding the fastest in the world in terms of teledensity and internet users in the country. Many sectors including telecom have played a role in it.”

He said to make them accessible to the poorest of the poor families, emphasis has been placed on the manufacturing of mobile phones in the country itself. Modi added this has led to an increase in mobile manufacturing units from two to more than 200.

Modi asked regulators to collaborate for meeting the present and future challenges. “Today regulation is not limited to the boundaries of just one sector. Technology is interconnecting different sectors. That is why today everyone is experiencing the need for collaborative regulation. For this, it is necessary that all the regulators come together, develop common platforms and find solutions for better coordination,” he said.

Confederation of Indian Industry president Sanjiv Bajaj said telecom infrastructure is the central to the government’s digital economy drive that has dramatically changed lives. He expressed confidence in Modi’s vision. “You have to stay competitive and stay at the forefront of the emerging technology.”