You are here
Home > DAILY BAWAL > I had no desire to become the chief minister: Bihar CM Nitish Kumar 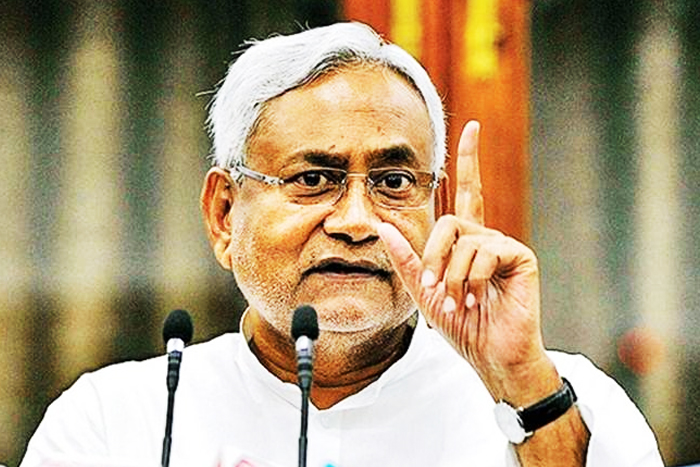 I had no desire to become the chief minister: Bihar CM Nitish Kumar

Hours after handing over party reins to his long-time aide Ram Chandra Prasad Singh, Nitish said that he was under immense pressure from the coalition to continue as the chief minister.

“After the election results came, I made my wish known to the coalition. But the pressure was so much that I had to take up work again,” said Nitish.

In response to Nitish’s statement, former deputy chief minister and BJP leader Sushil Kumar Modi on Monday said, “He (Nitish) didn’t want to be the CM. BJP and JD(U) leaders told him that we fought the poll on his name, his vision and said that people had voted for him. In the end, he accepted to become the CM on request of JDU, BJP & VIP leaders.”
Nitish’s statement comes a week after six of the seven JD(U) legislators in Arunachal Pradesh defected to its ally BJP.

While Nitish had said that the turns in Arunachal Pradesh will not affect the coalition in Bihar, JD(U)’s new president Ram Chandra Prasad Singh had on Sunday virtually issued a strong warning to ally BJP without taking its name.

Talking to mediapersons, Sushil Modi showed confidence in JD(U) saying that “BJP-JD(U) alliance in Bihar is unbreakable”, and added, “The government will work for five years under the guidance of Nitish Kumar.” After JD(U)’s national executive meet, Singh who is popularly known as RCP Singh had said that JD(U) does not deceive anyone and people should not consider their ‘Sanskar’ a weakness.

Currently, Nitish heads the National Democratic Alliance (NDA) government in Bihar which comprises of the BJP, Hindustani Awam Morcha (HAM) and Vikassheel Insaan Party (VIP). In this year’s November assembly elections, NDA won 125 seats in the 243 seats legislative assembly. The BJP won on 74 seats, JD(U) on 43 while eight seats were won by two other NDA constituents.