You are here
Home > DAILY BAWAL > Happy Lohri 2023: 7 Interesting facts you must know about Lohri 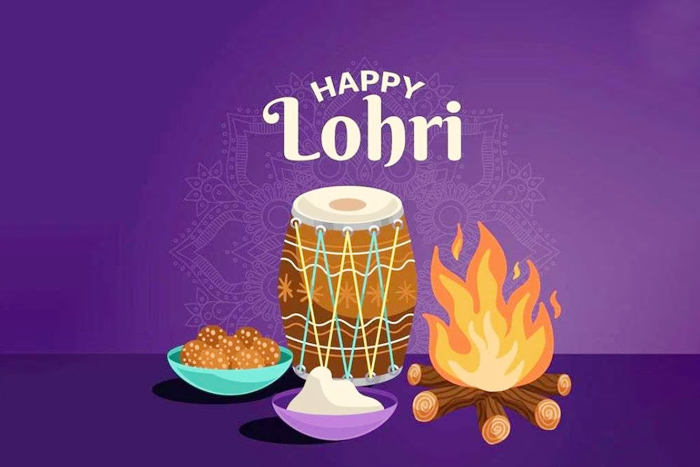 Happy Lohri 2023: 7 Interesting facts you must know about Lohri

Why is Lohri celebrated?

The word Lohri comes from an abbreviation of ‘L for Lakdi or wood’, ‘Oh for Sukha Upla’ and ‘Ri for Rewari’. Lohri is basically a harvest festival celebrated by lighting fire and offering Rewari, while singing folklores and walking around the holy fire. The reason why this is one of the important harvest festivals is because it marks the sun’s journey into the Northern hemisphere, it is also believed that this festival marks the end of the cold winter season.

As per the Hindu mythology, the festival of Lohri was celebrated in remembrance of Goddess Sati, who gave her own ‘Aahuti’ in the yagya organized by her father Prajapati Daksha. As per a popular belief Daksha and other guests criticized Lord Shiva, and Goddess Sati felt humiliated and jumped into the holy fire, which then enraged Lord Shiva. It is believed that the fire lit on this day is pure and it is believed any wish is fulfilled by offering sweet treats as Ahuti to the fire. Here are 7 interesting facts about the festival of Lohri that you must read on…

Facts about the festival of Lohri

Why is it called Lohri?

One of the popular reasons why this festival is known as Lohri is because it is believed that Lohita is the sister of Holika and from there the name Lohri is derived.

Celebrated as a harvest festival of Rabi

Lohri is celebrated as a harvest festival for the winter crop Rabi, wherein people gather together and celebrate the hard work of sowing the seeds.

Longest night of the year

It is believed that from this day the sun enters the North Hemisphere, which makes the Lohri day the shortest day of the year and the night is believed to be the longest one.

Why are sweets made with jaggery?

It is believed that the Lohri sweets are made with jaggery because it adds sweetness to the festival and also brings good luck.

Why are Popcorns, Rewari and peanuts offered to the fire?

It is believed that offering anything to the holy fire brings good luck and prosperity.

Is it also related to finance?

As per the Sikh community, the revenue of the winter crops is collected on this festival and it is said to be the beginning of the new financial year.

Foods prepared on this day?

There are many sweet treats prepared on this day, which include ingredients like milk, jaggery, sesame, nuts to name a few. Kheer, Phirni, Gur wale Chawal are some of the common delicacies enjoyed on this day.