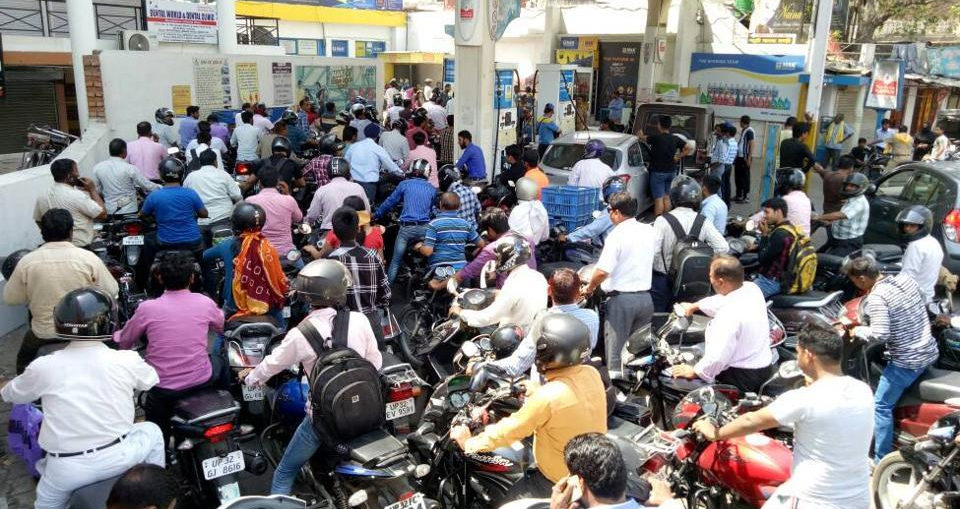 Of the 152 pumps in Lucknow, only four — the ones owned by the fuel companies directly — and a few private ones are open.

Dealers in Lucknow reopened fuel stations on Tuesday afternoon after the district administration threatened to take control of the facilities that were shut since midnight.

Petrol pump owners had decided to shut shop on Monday after the state government mounted raids across Uttar Pradesh to catch those cheating customers with devices that would dispense less fuel than displayed. The shutdown triggered rush at the handful of outlets, mostly owned by government oil companies, on Tuesday morning.

The Lucknow Petroleum Products Dealers Association, which met local officials on Tuesday, had also sought a sort of “amnesty” period for cheating operators to come clean, “having realised their mistake”.

Officials warned of strict action against dealers if continued to strike for “an irrelevant cause”.

The Uttar Pradesh police unearthed last week a widespread rigging racket in the state where dealers deployed electronic chips in their fuel pumps to manipulate the volumes being bought by customers. The special task force said that they estimated 80% of the pumps in UP were involved in the fraud, fleecing Rs 200 crore every month from their customers.

Oil minister Dharmendra Pradhan ordered on Monday an inspection of all fuel pumps in Uttar Pradesh, and random checks across the country, after the scam was exposed.

“Dealers are not on strike but the staff at petrol pumps are feeling scared to work. We are in a fix because of that, and if employees don’t turn up fearing action from STF (special task force), then it would be difficult for us to run the petrol pumps”, the association’s secretary Sudhir Bora told Hindustan Times on Monday.

Of the 152 pumps in the state capital, only four — the ones owned by the fuel companies directly — and a few private ones were open in the morning. There were fears that the shutdown would extend to the rest of the state.

“The dealers have met the chief minister and other officials, including the chief secretary, on Monday to plead for amnesty scheme as many of the petrol pumps may be affected… everybody wants to get rid of this as soon as possible”, Bora said.

Dealerships that are caught will lose their licence.