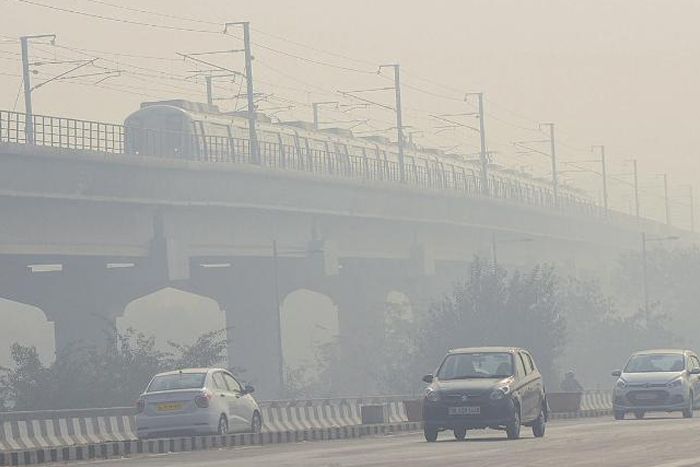 As winter nears the air pollution in the national capital has once again become the point of concern for the Delhiites.

With the rise in stubble burning and the onset of the festive season, a spike in air pollution levels was observed in the Delhi-NCR region for the fourth consecutive day, as per the data from Central Pollution Control Board (CPCB).

People in Delhi-NCR breathed poisonous air on Wednesday as the air quality index in the region recorded at 999 meaning ‘severe’ category. Even before Diwali festival, AQI index has reached dangerous level.

Due to the increased level of pollution, Delhi-NCR region remained under the smog since morning

This year, Delhi’s air pollution in October was higher in comparison to last year. It must be noted that air pollution levels in October 2019 were lesser than this year despite the celebration of Diwali in the month.

Weather Department has warned the people of Delhi that there will not be any relief from air pollution in the coming days.

According to experts the increase in air pollution level has led to the increase of poisonous gases in the air. Due to this its becoming increasingly difficult to breathe in the open.

Experts say the very poor category AQI affects the health of people and seriously impacts those with existing diseases.

Amidst increasing AQI level, a thick layer of toxic foam enveloped the Yamuna River on Wednesday.

As per experts, the reason behind the ‘toxic’ foam was high phosphate content following discharge of toxic industrial pollutants including detergents into the river.

To tackle the rising air pollution the Union government has approved the release of 2,200 crore rupees to fight air pollution in 42 Indian cities with a population in excess of a million. The money that will be used under the National Clean Air Program to improve air quality in these cities.