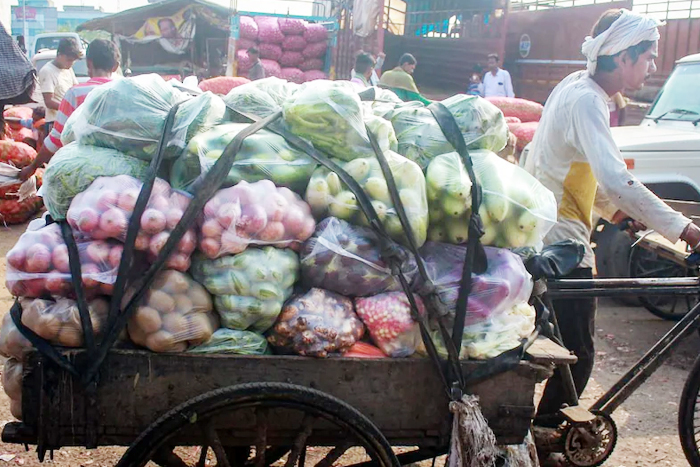 The Tata Power Delhi Distribution Limited has also been directed to disconnect the power supply to them.

The Tata Power Delhi Distribution Limited has also been directed to disconnect the power supply to them.

Also, the DPCC imposed a fine of Rs 1.3 lakh on 26 units engaging in the sale and use of the banned single-use plastic items in markets.

Plastic carry bags of thickness less than 75 microns are also prohibited under the Plastic Waste Management Rules. Their thickness will have to be increased to 120 microns from December 31.

Plastic wrapping material less than 50 microns in thickness and plastic sachets used for selling and storing tobacco, pan masala and gutkha are also not allowed.

Delhi generates 1,060 tonnes of plastic waste per day. SUP is estimated to be 5.6 per cent (or 56 kg per metric tonnes) of the total solid waste in the capital.

The pollution control body has set up a control room to monitor the implementation of the ban on 19 identified single-use plastic items.

The control room will receive all complaints related to the violation of the SUP ban and direct enforcement teams to take action against them.

On July 1, when the ban on the SUP items came into effect, Delhi Environment Minister Gopal Rai said his government would be lenient towards those violating the ban for the initial 10 days and focus on creating awareness against the use of such commodities and promoting their alternatives.

He had said that authorities would issue warning notices to units found violating the ban on the 19 SUP items till July 10 and punitive action would be taken thereafter against repeat offenders.

The revenue department and the Delhi Pollution Control Committee have constituted 33 and 15 teams, respectively, to ensure the enforcement of the ban.

The DPCC has to ensure compliance with the ban in conforming areas, while the MCD and other local bodies are responsible for its implementation in the informal sector.

The urban local bodies like MCD will act against the defaulting units according to their bylaws, while the revenue department will take action under the Environment Protection Act, Environment Minister Gopal Rai said on Monday.

The SUP items seized during the enforcement drive will be incinerated in waste-to-energy plants to ensure they do not end up in landfills or clog water bodies.

In the initial 10 days, officials held meetings with industrial associations to educate and guide them about the ban.

A three-day fair was also organised at the Thyagraj Stadium here to promote alternatives to SUP items.

To spread awareness about the ban on SUP items, the Delhi government will impart training to the members of eco-clubs in the capital. The training programme will be conducted on July 19 in collaboration with the United Nations Environment Programme. There are around 2,000 eco-clubs in Delhi.