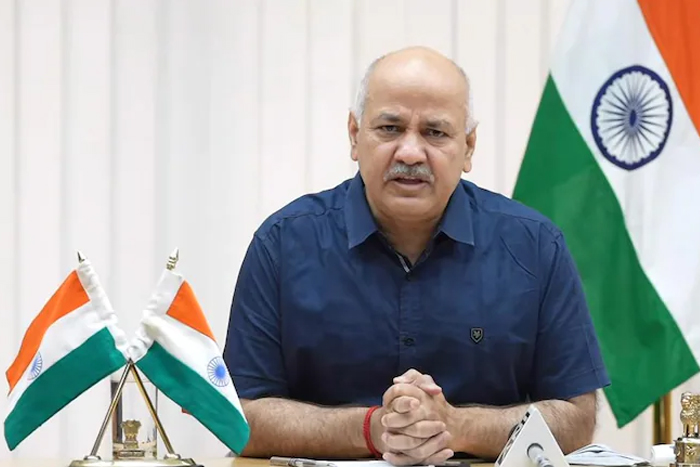 The development comes as the number of active cases in the city dropped to 77,717 on Thursday, the lowest in 24 days.

The Delhi government on Thursday said it has scaled down its requirement of medical oxygen from 700 metric tonne (MT) to 582 MT in view of the receding Covid-19 trajectory in the city, with cases and positivity rates seeing a steady drop over the past two weeks, and consequently easing pressure on the Capital’s health care system.

“As of today, the positivity rate has come down to 14% and around 10,400 new Covid-19 cases were reported. Now that cases are reducing, we are seeing a decrease in demand for beds and medical oxygen. When daily cases were peaking around 15 days ago, our calculations, factoring in bed occupancy and active cases, showed Delhi required 700MT of oxygen. But today, after assessment of the Covid-19 situation, Delhi’s oxygen need has been revised to 582 MT per day,” deputy chief minister Manish Sisodia said in a press briefing on Thursday.

“As a responsible government, we will give the surplus oxygen to the states that need it,” he said.

The development comes as the number of active cases in the city dropped to 77,717 on Thursday, the lowest in 24 days. Just 15 days ago, active cases in the city were hovering close to 100,000 mark – the number peaked at 99,752 on April 28, the highest ever recorded in the city. Active cases – those Covid-19 patients under treatment – is a crucial metric representing the region’s battle against the disease because it directly reflects the pressure on the health care system.

With active cases soaring, the Capital’s raging fourth wave had sparked a massive health crisis in the city with reports emerging of hospitals running out of ICU beds, and crucial supplies such as oxygen cylinders with the Centre not supplying the demanded quota of 700 MT. Burdened by the massive caseload from mid-April onwards, several hospitals across Delhi sent out distress calls, resorting even to making appeals on social media websites, as their stocks of medical oxygen dwindled rapidly.

This led to the Supreme Court initiating suo motu proceedings starting April 22 in order to deal with the Covid-19 emergency, including the shortages of oxygen in regions such as Delhi. During the proceedings over the course of the past few weeks, the apex court directed the Union government to ensure 700 MT of medical oxygen is supplied to Delhi every day. The Centre had consistently claimed that it cannot supply as much oxygen as Delhi wants. But after days of repeated warnings and prodding by the high court as well as the apex court, Centre managed to eventually increase Delhi’s supply – on May 5, Delhi received over 700 MT for the first time.

In between, on April 29, the Delhi government had also revised its demand to 976 MT based on future projections as per its bed augmentation plan, but soon reverted to its old demand of 700 MT after the Supreme Court directions.

With the situation improving, Sisodia said on Thursday the Delhi government has also written to the Centre about the city’s revised oxygen demand. He thanked the Centre, the Supreme Court and the Delhi high court for coming to the aid of the people of Delhi in times of distress.

At its peak, Delhi recorded 28,395 cases on April 20, soon after chief minister Arvind Kejriwal expanded the night and weekend curfew protocols into a lockdown. That protocol has now been renewed several times and will stay at least till May 17 in order to further flatten the curve.

“Oxygen supply and distribution has fairly been sorted for now. Administrations now know the drill about what is to be done when the demand spikes again. But preparations to face the third wave will largely depend on increasing vaccination coverage. The central government should urgently ramp up vaccine production and imports,” he said.