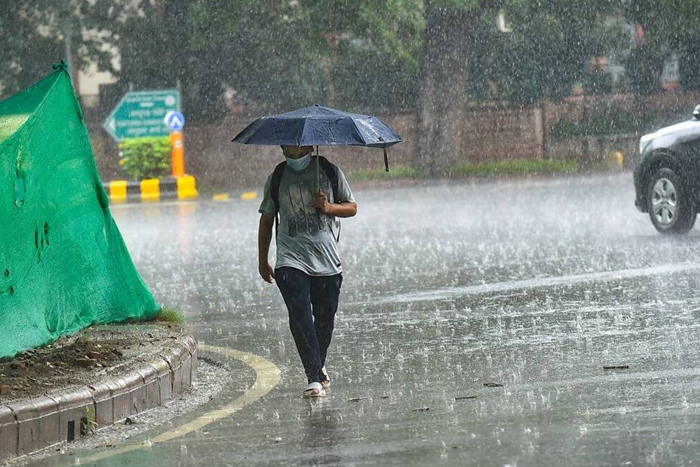 Showers are expected from Wednesday, and conditions are favorable for monsoon clouds to sweep in over northwest India, the India Meteorological Department said on Monday.

“Peak rainfall activity during this upcoming spell is expected on Thursday. We will see light to moderate rainfall over Delhi, whereas on Wednesday, it will be mainly light rainfall,” said RK Jenamani, a scientist at the Met department. “Based on the movement of the monsoon, a date for Delhi can soon be determined.”

The southwest monsoon usually arrives at the capital on June 27. It missed the date last year as well, arriving 16 days late. The delay is unlikely to be that long this year. Although Tuesday is expected to remain hot and humid, light rain is expected the day after and on Thursday. The monsoon will cover most parts of Gujarat, Rajasthan, Madhya Pradesh, Bihar, Uttar Pradesh, Uttarakhand, Himachal Pradesh, and Jammu and Kashmir in the next 3-4 days, it said.

“The monsoon may reach Uttarakhand, Uttar Pradesh, Rajasthan and Delhi by around June 30 or July 1,” he said.

Last year, the early advance of the monsoon stalled by the second week of June. It eventually arrived at the capital on July 13, the slowest arrival in 18 years. In 2020, the monsoon hit Delhi two days earlier than normal, reaching the capital on June 25, while in 2019, it reached Delhi on July 5.