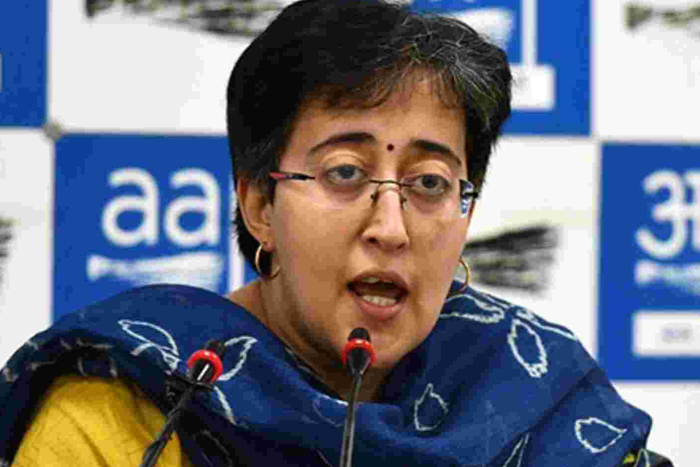 Vaccination centres for those in the 18-44 age group being run by the Delhi government and administering Covaxin will be shut as the city has run out of stocks for the vaccine manufactured by Bharat Biotech, Aam Aadmi Party MLA Atishi said Tuesday.

Close to 125 centres, she said, will not administer these vaccines as they have run out of doses and do not know when the stock will be replenished.

The city has three days’ worth of Covishield stock remaining for the age group, she said, but has been promised 2,67,690 more doses by the evening.

“For healthcare and frontline workers, and those above 45 years, only five days’ stock of Covaxin and four days’ worth of Covishield is left. A total of 1,39,261 people were vaccinated yesterday, highest till date in Delhi… The Delhi government demands of the Centre that since the capital has faced the harshest Covid-induced hardships, vaccines should be made readily available in sufficient quantities… If we are not supplied sufficient vaccine doses by the Centre, we will be forced to halt the vaccination programme,” she said,

Delhi has received 5,50,000 vaccine doses (1,50,000 Covaxin and 4,00,000 Covishield) so far. Of these, 3,30,000 doses were used till Monday. With the added doses being sent to Delhi, centres administering Covishield will be able to function for an additional six days.

Delhi has also decided to float a global tender for vaccine doses, Deputy Chief Minister Manish Sisodia said. He, however, cautioned that this would force states to compete with each other on the international stage.

Chief Minister Arvind Kejriwal wrote to Prime Minister Narendra Modi Tuesday asking that the Covid vaccine formulae be shared with other manufacturers so that production can be scaled up. In a webcast, he said, “Not just two, but multiple companies should be engaged in vaccine production. The central government should take the formula for producing the vaccine from these two companies and give it to all companies that can safely make vaccines.”

Sources in the Delhi government, meanwhile, said the Centre’s new policy on differential pricing for states and private hospitals was also impacting supply to the former.

As per the new policy, 50% of the stock from manufacturers has to be set aside for the Centre. The remaining has to be for state governments and private bodies such as hospitals. Covishield will be given to the Centre for Rs 150 per dose, to the states for Rs 400, and to private bodies for Rs 600 per dose.

“The pricing means vaccine makers are incentivised to sell to private bodies instead of state governments since they make a bigger profit there,” the official said.

According to officials, Max Hospitals got 3 lakh Covishield doses at the start of the month and Fortis Hospitals in Delhi got 50,000 Covaxin doses. There is no combined figure on how many doses have been given to private entities in Delhi so far.

“We do not have these figures and also have no idea how many people have been vaccinated by private hospitals and in camps. We also have no information on how much stock we will be getting and when. This introduces an element of uncertainty, which impacts our ability to put our vaccination slots on the Cowin app,” the official said.