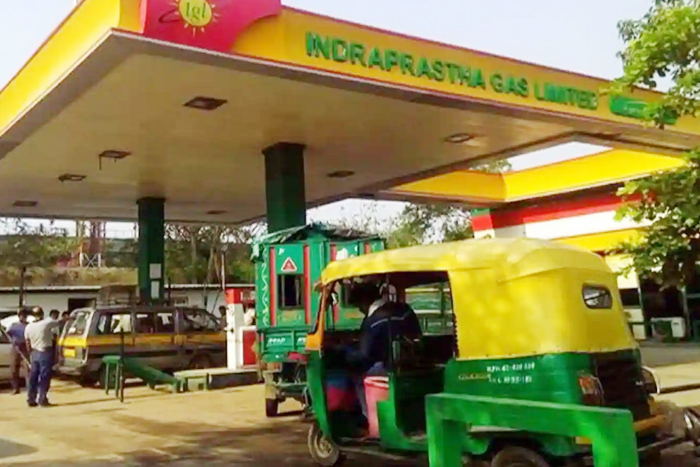 The price of CNG has been hiked by Rs 1 in Delhi. CNG will be sold at Rs 59.01 in the national capital from today. Indraprastha Gas Limited (IGL) has hiked the price of Compressed Natural Gas (CNG) in Delhi by Rs 1 per kg taking the new price to Rs 59.01 per Kg which will come into effect from today.

Petrol and diesel prices on Wednesday were hiked by 80 paise a litre each for the second day in a row since the ending of an over four-and-half month hiatus in rate revision.

Indraprastha Gas Limited (IGL) has hiked the price of Compressed Natural Gas (CNG) in Delhi by Rs 1 per Kg to Rs 59.01 per Kg. The new price will come into effect from today, March 24. pic.twitter.com/DGTGdr3CAl

Simultaneously, the price of a non-subsidised LPG cylinder was increased to Rs 949.50 for each 14.2-kg bottle in the national capital.

While LPG rates were last revised on October 6, 2021, petrol and diesel prices had remained unchanged since November 4 as five states including Uttar Pradesh and Punjab went to polls.

LPG prices had gone up by close to Rs 100 per cylinder between July and October 6, 2021, before criticism halted the revision in rates.