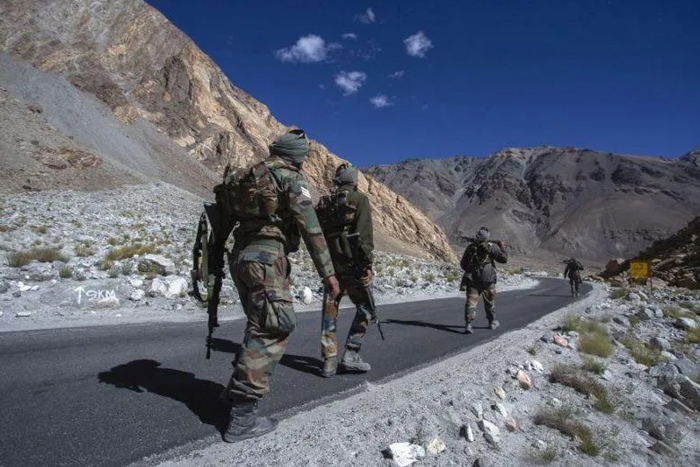 Chinese Soldier Held On Indian Side In Ladakh Handed Back

India and China have been locked in a border standoff at the LAC,the de-facto border between the countries since May last year.

A Chinese soldier, who was held last week on the Indian side of the LAC (Line of Actual Control) in Ladakh, has been handed back.

The People’s Liberation Army (PLA) soldier was handed back to China at the Chushul-Moldo meeting at 10:10 AM today.

“During early hours of 08 January 21, a Chinese soldier was apprehended on the Indian Side of the LAC, in Ladakh, in area South of Pangong Tso lake. The PLA soldier had transgressed across the LAC and was taken into custody by Indian troops deployed in this area,” an official said last week.

“The PLA soldier is being dealt with as per laid down procedures and circumstances under which he had crossed the LAC are being investigated,” he added.

China Military Online, a news portal run by the military’s official PLA Daily, said on Saturday the Chinese border guard went missing on Friday, news agency Reuters reported. After the Chinese side reported the incident to India, India replied to say it had found the soldier, it said, adding that Beijing called for his swift return.

This is the second case of a Chinese soldier straying across the LAC in the last few months. In October, another PLA soldier – Wang Ya Long – was caught by Indian forces in eastern Ladakh’s Demchok sector.

India and China have been locked in a standoff at the LAC, the de-facto border between the countries since May last year. Tensions peaked in June when 20 Indian soldiers were killed in the line of duty in a clash with the Chinese at Galwan Valley.

There have been several rounds of military and diplomatic talks between the two sides to resolve the standoff. The two countries have moved tens of thousands of troops and weapons into the high-altitude region since March as tensions persist.

In December, they agreed to continue work towards ensuring complete disengagement of troops in all friction points along the LAC in eastern Ladakh at the “earliest”. Yet, several rounds of diplomatic and military talks later, no breakthrough has been achieved so far.