You are here
Home > DAILY BAWAL > China takes credit for rescuing ship in Gulf of Aden, silent on India’s role 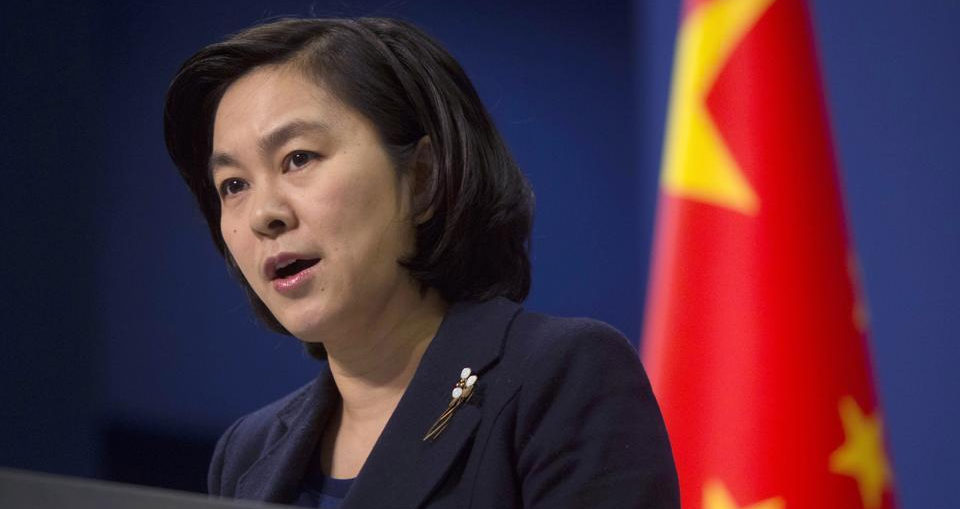 Chinese foreign ministry spokeswoman Hua Chunying speaks during a briefing at the Chinese Foreign Ministry in Beijing. (AP FILE PHOTO)
China on Monday blanked out the Indian Navy’s role in rescuing a ship belonging to the island nation of Tuvalu in the Gulf of Aden on Sunday, saying it was an operation carried out by the People’s Liberation Army (PLA) Navy.

Sharing sketchy details about the operation, the ministry of foreign affairs (MFA) said the Chinese navy operating in the region received a call about a ship hijack, set off immediately, and rescued the ship and the personnel aboard after an operation that lasted for a few hours. But there was no mention about the role of the Indian navy in the entire operation.

Warships from India, China and Pakistan operated jointly in the Gulf of Aden to rescue a merchant vessel attacked by Somali pirates on Saturday night.

The blanking out of Indian navy’s role comes at a time when the two countries are locked in a war of words on the visit of Tibetan leader 14th Dalai Lama to Arunachal Pradesh, a state that China says is part of south Tibet.

When specifically asked about the Indian Navy’s role in the operation, MFA spokesperson Hua Chunying said she didn’t have more details to share.

“I have already given whatever I have learnt to you. The Chinese convoy received a report from the UKMTO (United Kingdom Marine Trade Operation) and conducted the rescue operation. Without regard to details, I point you to the defence ministry,” she said.

If Indian Navy helicopters provided cover, Hua didn’t mention it, choosing instead only to say the operation was carried out under the cover of “our” helicopters.

“The Chinese side is always positive towards international cooperation. This position is very clear,” Hua said.

She added the rescue operation “demonstrated the effectiveness of the Chinese naval forces”.

Several Indian media outlets carried the report on the joint operations carried out by the India and Chinese navies.

But a report by the official news agency, Xinhua, early on Monday had no mention of the Indian navy’s role.

“The convoy fleet sent by the PLA Navy Tuvaluan ship hijacked by pirates in the Gulf of Aden on Sunday local time,” the Xinhua report said.

It added: “The navy said in a statement that its 25th convoy fleet, which was conducting the escort mission in the Gulf of Aden and waters off Somali at the time, received report of the hijack of the ship OS35 at around 5 pm Saturday. The fleet’s vessel Yulin set out for the area immediately.”

The Xinhua report went on to add that after reconnaissance and having contacted with the ship’s crew, rescue operation started early Sunday morning.

“A group of 16 members from the navy’s special force boarded OS35 and rescued the 19 crew members. All the 19 crew members were under the protection of the Chinese navy, and soldiers carried out a thorough search of the ship to clear possible security threat,” it added.

Spokesperson Hua said the Chinese navy received a message at 5pm on April 8 from the UKMTO and responded with alacrity.

The Tuvalu-flagged bulk carrier (OS 35) was travelling from Kelang in Malaysia to the Yemeni port city of Aden when it was hijacked by the pirates, the latest in a string of attacks after several years of silence.

Hua repeated the government report at the regular briefing of the ministry, avoiding the mention of a joint operation.