You are here
Home > DAILY BAWAL > China reacts to India-Japan cooperation in northeast, says no room for ‘third party’ 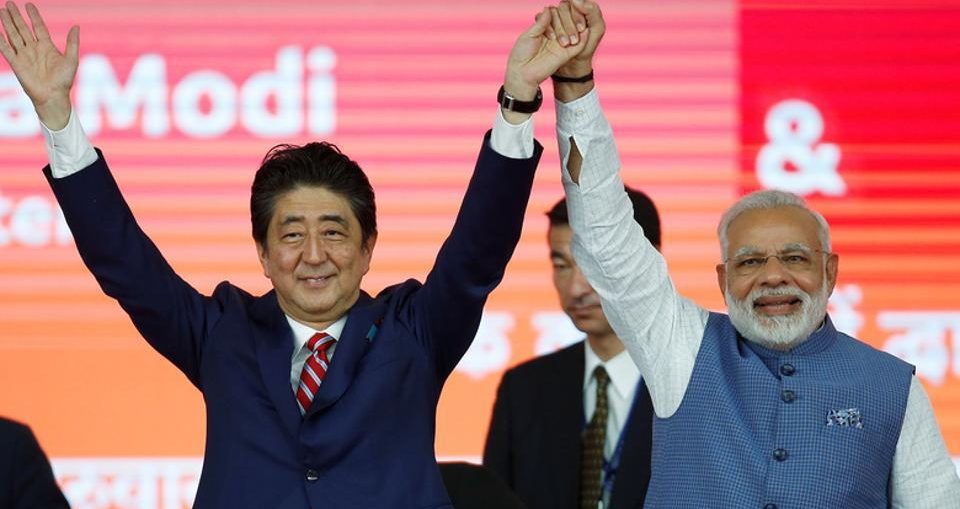 The India-Japan joint statement had referred to cooperation between the two sides to develop India’s northeastern states as a “concrete symbol of developing synergies”.

China on Friday warned third parties against meddling in its boundary dispute with India, specifically mentioning the Arunachal Pradesh sector in an apparent response to Indo-Japanese plans to invest in infrastructure projects in the northeastern states.

A joint statement issued on Thursday following talks between Prime Minister Narendra Modi and his Japanese counterpart Shinzo Abe announced the setting up of the Act East Forum and referred to plans to take up infrastructure projects such as road connectivity and electricity in India’s northeastern states.

Though the joint statement did not specifically refer to Arunachal Pradesh, large parts of which are claimed by Beijing, Chinese foreign ministry spokesperson Hua Chunying spoke about the disputed border in the “eastern section” when she was asked about the Act East Forum at a news briefing.

“You must be very clear that boundary of the India-China border area has not been totally delimited and we have disputes in the eastern section of the boundary. We are now trying to seek a solution through negotiation that is acceptable to both sides,” Hua said.

“Under such circumstances, we hope India and various parties should respect such aspects and any third party should not be involved in our efforts to solve disputes,” she added.