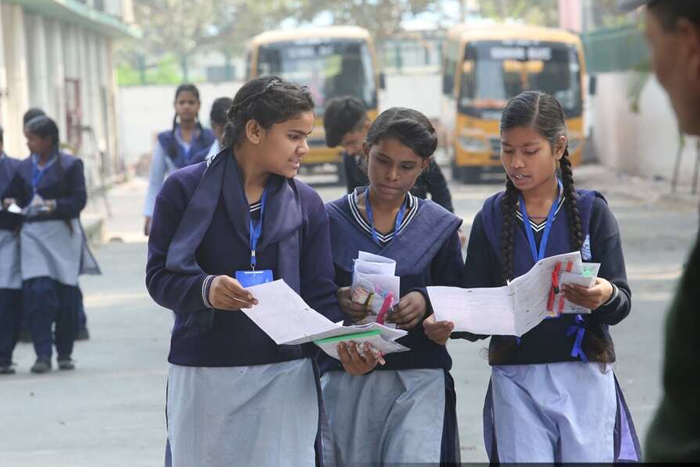 Class 10 board exams have been cancelled and Class 12 exams have been deferred because of a nationwide Covid surge that had led to demands by parents, students, politicians and various states for a government rethink. The big announcement affecting over 35 lakh students followed Prime Minister Narendra Modi’s meeting this afternoon with the Education Minister and top officers.

The CBSE (Central Board of Secondary Education) exams for Class 12, which were to be held from May 4 to June 14, have been postponed, said Education Minister Ramesh Pokhriyal Nishank in tweets. A decision will be taken on fresh dates on June 1, he said, adding that students will have at least 15 days’ notice before the exams.

On the Class 10 exams that were cancelled, the minister said the results would be prepared “on the basis of an objective criterion to be developed by the Board” and students not satisfied with their marks would be given the chance to take the exams whenever they can be held.

For schools under the ICSE (Indian Certificate of Secondary Education) board, a decision is yet to be announced.

Around 21.5 lakh students were to take the Class 10 exams and some 14 lakh students are registered for Class 12, according to the CBSE.

PM Modi reportedly said in the meeting that while academics are important, “the health and well-being of students has to be the top priority for the government”.

Covid cases have been spiraling across the country in the deadly second wave of infections. This morning, India recorded 1,84,372 new coronavirus infections in the highest single-day rise so far, with 1,027 deaths.

“Glad the government has finally cancelled the 10th standard exams however a final decision MUST be taken for the 12th grade too. Keeping students under undue pressure until June makes no sense. It’s unfair. I urge the government to decide now,” tweeted Congress leader Priyanka Gandhi Vadra, using the hashtag #cancelboardexam2021. Ms Vadra was among those who had objected strongly to students being “forced to sit for exams” at crowded centres amid rising infections.

Congress leader Rahul Gandhi, Delhi Chief Minister Arvind Kejriwal and his Punjab counterpart Amarinder Singh had also urged the centre to cancel the exams and to prevent millions of students being exposed to infection.

Parents’ groups had written to PM Modi requesting that students be assessed internally instead of them having to sit for exams physically. The India Wide Parents Association had pointed out in a letter that teachers and students had not been vaccinated yet and there was a higher chance of infection among them.

Recently, over a lakh students had signed petitions urging the government to either cancel board exams or conduct them online.