You are here
Home > DAILY BAWAL > Case Against Makers Of Amazon Prime’s Tandav In UP, Warning Of Arrests 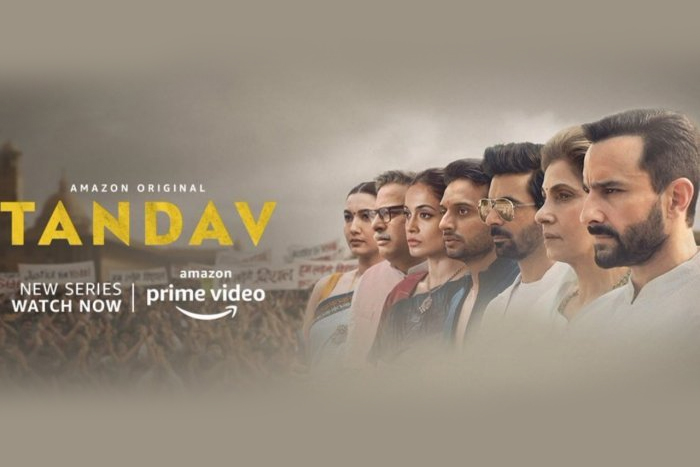 Case Against Makers Of Amazon Prime’s Tandav In UP, Warning Of Arrests

The Uttar Pradesh police has filed a case against makers of Tandav for “promoting enmity on grounds of religion”. It also names the head of India Original Content, Amazon.

“Tandav“, Amazon Prime’s new web series, faces criminal action with the Uttar Pradesh police filing a case against the makers and the streaming service over alleged insult to Hindu gods and a top aide warning of arrests.

The case was filed hours after the centre’s Ministry of Information and Broadcasting reportedly sought a response from Amazon Prime on a complaint filed by Maharashtra BJP MLA Ram Kadam.

The director, producer and writer of the Saif Ali Khan-Dimple Kapadia starrer “Tandav” and Amazon’s head of India Original Content have been accused in the case of promoting religious enmity and defiling a place of worship.

The complaint has been filed at Lucknow’s Hazratganj police station by a sub-inspector who is also posted there.

“There is no tolerance for playing with people’s sentiments in Yogi Adityanath’s Uttar Pradesh. A serious case has been registered against the entire team of Tandav, which is spreading hate in the guise of cheap web series. Prepare for arrest,” he wrote in Hindi.

The policeman said he filed the complaint after he alerted senior officers about numerous Twitter comments critical of Tandav’s content, and was ordered to watch it.

The complaint states that 17 minutes into the first episode, “people dressed up in a very bad manner to represent Hindu gods and goddesses and have been shown to speak in a very uncalled for language… that hurts religious sentiments”.

In the same episode there are “conversations that lead to caste conflict, there are similar scenes in many other episodes. In the web series, the character of the person occupying the high post of India’s Prime Minister has been shown in a very indecent manner… The series depicts lower and higher castes and scenes that insult women, and the intent… seems to be to hurt religious feelings of one community and to spread conflict”, the complaint reads.