You are here
Home > DAILY BAWAL > BJP Member, 5 Others Arrested For Anti-Muslim Slogans At Delhi Rally 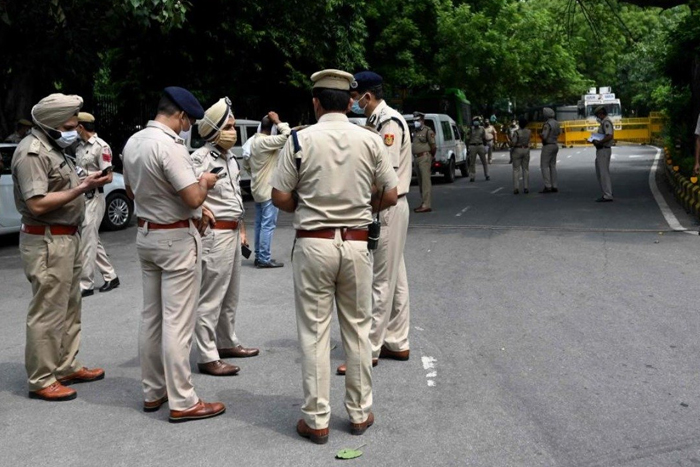 BJP Member, 5 Others Arrested For Anti-Muslim Slogans At Delhi Rally

The arrests followed outrage over videos that showed a group shouting egregious slogans threatening Muslims at Jantar Mantar, a protest site in the heart of Delhi.

BJP member Ashwini Upadhyay and five others have been arrested over violent anti-Muslim slogans raised at a protest held at Delhi’s Jantar Mantar on Sunday.

Ashwini Upadhyay, believed to be one of the organisers of the protest, was questioned till late last night along with other accused.

The arrests followed outrage over videos that showed a group shouting egregious slogans threatening Muslims at Jantar Mantar, a protest site in the heart of Delhi.

Questions were raised on the police not arresting those behind the event including Ashwini Upadhaya – who is a member of the Delhi BJP executive – and those visible in the videos.

The police finally acted only late on Monday evening and rounded up suspects for questioning.

The police claim they had denied permission to the protest over Covid precautions but a crowd showed up.

TV actor and BJP leader Gajendra Chauhan was also present in the protest though he is not seen in the clips.

Mr Upadhyay had claimed he had no idea such slogans were raised.

In a statement, Mr Upadhyay had said the march against outdated colonial laws was organised by Save India Foundation. “I don’t have any relation with Save India Foundation Trust. I was a guest like Mr. RVS Mani, Mr. Firoz Bakht Ahmed, Mr. Gajendra Chauhan. We reached at around 11:00 and left at 12:00. I never met these miscreants,” he said in a statement.

Save India’s director Preet Singh is among those arrested. The others are Vinod Sharma, Deepak Singh, Vineet Kranti and a suspect identified only by one name, Deepak.