You are here
Home > DAILY BAWAL > All schools in Delhi reopen from today. Covid-19 guidelines and other details 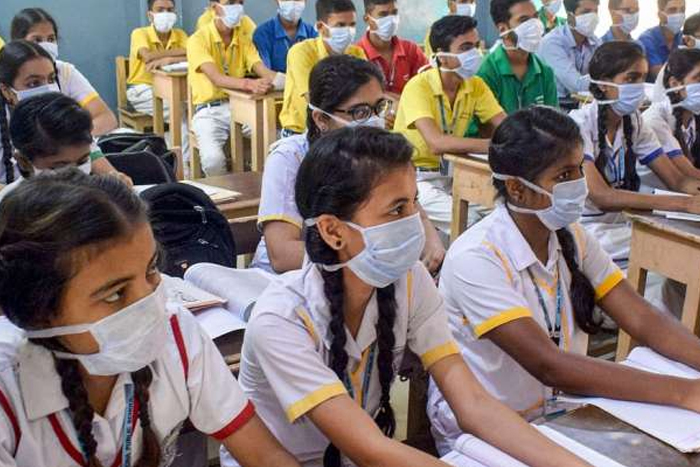 All schools in Delhi reopen from today. Covid-19 guidelines and other details

The Delhi Disaster Management Authority (DDMA) had last week announced that schools would reopen for all classes from November 1, even though teaching and learning would continue in blended mode.

All schools in the national capital will open from today as announced by Delhi’s Deputy Chief Minister Manish Sisodia last month . However, physical attendance will be voluntary and parents would not be forced to send their children to school.

All classes in Delhi will resume from today after remaining closed for 19 months due to the COVID-19 pandemic, while many have chosen defer the reopening to post-festive week.

The Delhi Disaster Management Authority (DDMA) had last week announced that schools would reopen for all classes from November 1, even though teaching and learning would continue in blended mode.

The DDMA had also said that schools would have to ensure that there is not more than 50 per cent attendance in a class at one point of time and no student is forced to attend physical classes.

While government schools have been reporting over 80 per cent attendance after they reopened in September for classes 9 to 12, private schools are in the process of sending out consent forms to parents and most of them will decide their plan of action post-Diwali.

The announcement comes amid a low COVID-19 case count in the Union Territory.

“Experts suggested that no parent will be forced to send their children to school. All schools will have to ensure that classes take place in hybrid mode with a maximum of 50 per cent strength in classrooms,” Manish Sisodia said.

Private schools that will reopen after Diwali are DAV Public School, Pushpanjali Enclave, Indian School and Bal Bharti School, Pitampura, among others.

Covid-19 guidelines for reopening of schools

Allowing only 50 per cent students per classroom, mandatory thermal screening, staggered lunch breaks, alternate seating arrangement and avoiding routine guest visits are among the guidelines announced by the DDMA for the reopening of schools.

The DDMA has said students, teachers and non-teaching staff living in Covid containment zones will not be allowed to come to schools and colleges. It has also said the area being used for activities like ration distribution and vaccination should be separated from the area that will be used for academic activities.

Schools in Delhi were ordered to shut last year in March ahead of a nationwide lockdown to contain the spread of the pandemic.

While several states started partially reopening schools in October last year, the Delhi government allowed physical classes only for classes 9-12 in January this year, which were again suspended following the exponential rise in COVID-19 cases during the aggressive second wave.

Following a marked improvement in the COVID-19 situation in the national capital, the Delhi government had announced the reopening of schools for classes 9 to 12, colleges and coaching institutions from September 1.