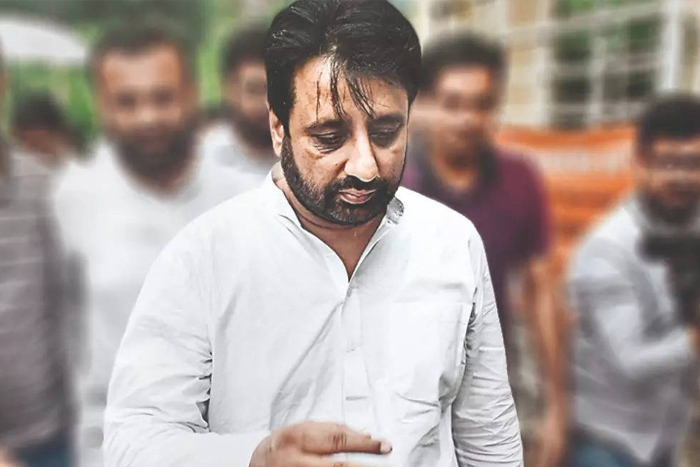 Amanatullah Khan, the Aam Aadmi Party (AAP) MLA from Delhi’s Okhla area, was on Saturday sent to four-day police custody in the Delhi Waqf Board corruption case. The order was issued by a special CBI court at Rouse Avenue.

Khan was arrested late on Friday by the Delhi Anti Corruption Bureau after day-long raids at his residence, besides the premises of his aides and business partners.

In its appeal seeking 14-day custody, the ACB said Khan remained non-cooperative during the probe. He has to be taken to different parts of the country like Telangana, Bihar, Uttarakhand and Gujarat where the trail of money has to be ascertained, the ACB said. It said Khan had appointed some friends, relatives, near and dear ones as employees in the Delhi Waqf Board citing urgency and vacancy.

Public prosecutor Atul Shrivastav then produced a diary and gave it to the court. The diary contains entries of daily transactions and also states the cash was given on the behest of Khan, Shrivastav said.

The ACB had conducted raids at four locations across Delhi, including Zakia Nagar, Balta House and Jamia Nagar, during which it recovered cash worth over ₹24 lakh and two unlicensed weapons.

A sitting MLA, who was democratically elected trice, cannot run away, Mehra said, adding he has always co-operated, and would continue to do so.

Earlier in the day, Khan’s aide, Hamid Ali, whose premises were also searched on Friday from where cash and pistol were recovered, was arrested. Ali, a resident of Jamia Nagar, was arrested under the Arms Act.

On Friday, police said three FIRs were registered after the ACB raid.