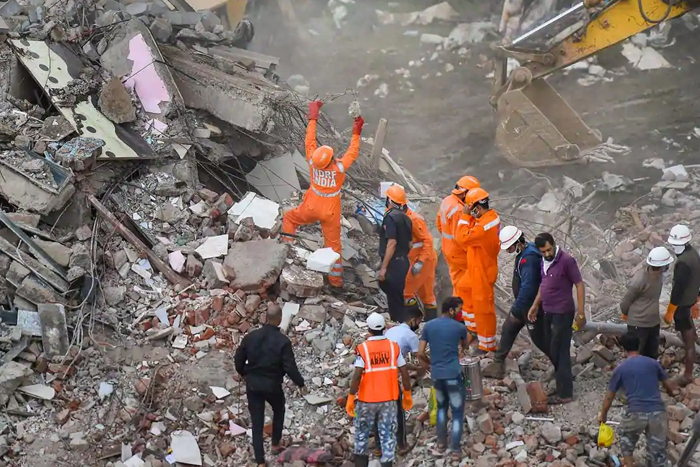 The building in Dewas was in a dilapidated condition, say authorities.

As many as nine persons were rescued while three, including a 10-month-old baby, are still trapped in the debris of a two-storey house which collapsed in Dewas city, 153 kilometres south west of Bhopal, on Tuesday evening, said administrative officers.

Meanwhile, a team of National Disaster Response Force (NDRF) reached Dewas on Wednesday morning for the rescue work going on in Nai Aabadi area on station road, as per the officials.

The house is owned by Zakir Sheikh, an auto-rickshaw driver. Families of four brothers including Zakir reside in the house.

The rescued injured were rushed to the district hospital, as per officials.

The male members of the family were out of the house when the house, in a dilapidated condition, collapsed.