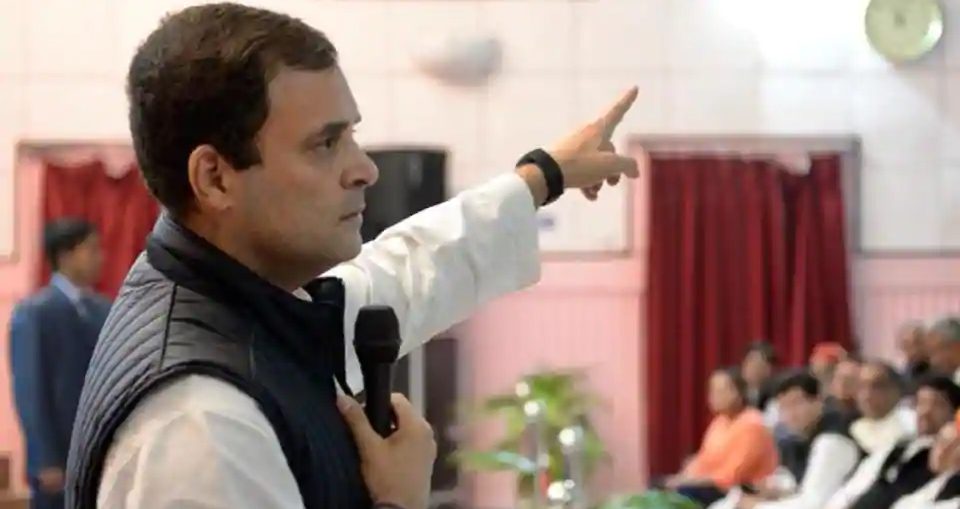 Ahead of Rajasthan assembly elections, Congress president Rahul Gandhi said that immediately after the surgical strikes, PM Modi was campaigning for the Uttar Pradesh elections and his party was losing. In order to turn things around in the election, details of the surgical strike were made public.

He questioned the PM on his Hindu quotient saying that Modi did not understand the foundation of Hinduism.

“What is the essence of Hinduism? What does the Gita say? That knowledge is with everybody, knowledge is all around you. Every living being has knowledge. Our PM says he is a Hindu but he doesn’t understand foundation of Hinduism. What kind of a Hindu is he?” Rahul Gandhi said.

Addressing a public interaction with members of business community and professionals in Udaipur, Rahul said that the PM believes that he knows best about everything and that the world’s knowledge comes from his brain only.

He said this while speaking about the surgical strikes and how the BJP government had turned a military asset into a political asset to benefit itself during the Uttar Pradesh elections.

He said that the BJP government wasn’t the only one which had permitted the surgical strikes and that surgical strikes had been carried out during Manmohan Singh’s tenure as prime minister but had been kept secret at the army’s behest.

“Do you know that like Narendra Modi’s surgical strike, Manmohan Singhji did that 3 times? When Army came to Manmohan Singh and said we need to retaliate against Pakistan for what they’ve done they also said we want it to be secret, for our own purposes,” Gandhi said.

Rahul went on to explain why the BJP government had revealed details of the surgical strikes.

“What the Army would have liked was we’ll do it, it’s beneficial if nobody knows we did it. But Modi didn’t want that. He was fighting an election in UP and he was losing it. So he did it to turn a military asset into a political asset,” Rahul Gandhi said.

Rahul went on to compare Manmohan Singh’s style of functioning with that of Prime Minister Narendra Modi. He said that when the 26/11 Mumbai attacks had taken place, Manmohan Singh was the prime minister. Upon receiving the information regarding the attack, Manmohan Singh had made two phone calls.