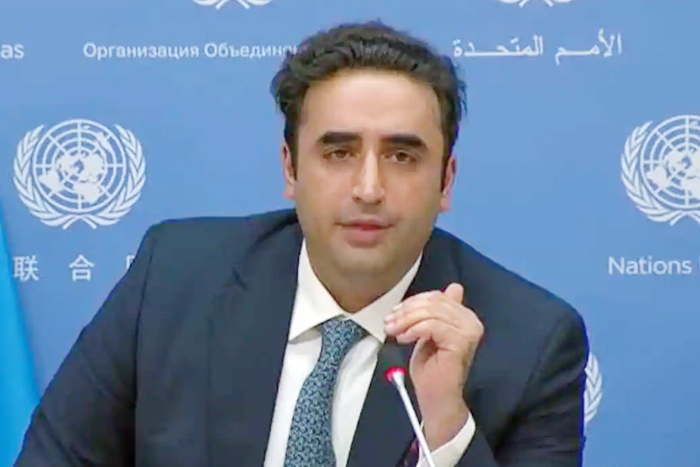 As the BJP staged nationwide protests against Bilawal Bhutto Zardari’s objectionable remarks on Prime Minister Narendra Modi, a local party leader in Uttar Pradesh on Saturday said he would give Rs 2-crore reward to anyone beheading the Pakistani foreign minister.

His announcement was followed by slogans of ‘Manupal Bansal zindabad’ by the crowd.

Later speaking to PTI, Bansal said he stood by his statement.

“Yes, I have made that statement today. If they are saying such things about our prime minister, whom we respect a lot, then we are not going to tolerate such a person. We are having tremendous attachment with our prime minister, and if we have to do anything for him, we will have no problem,” Bansal told PTI.

Dubbed Bhutto’s comments against Modi as “highly shameful and derogatory”, the party gave the call for nationwide protests on Saturday.