You are here
Home > DAILY BAWAL > Unlock 4.0: What to expect from September 1 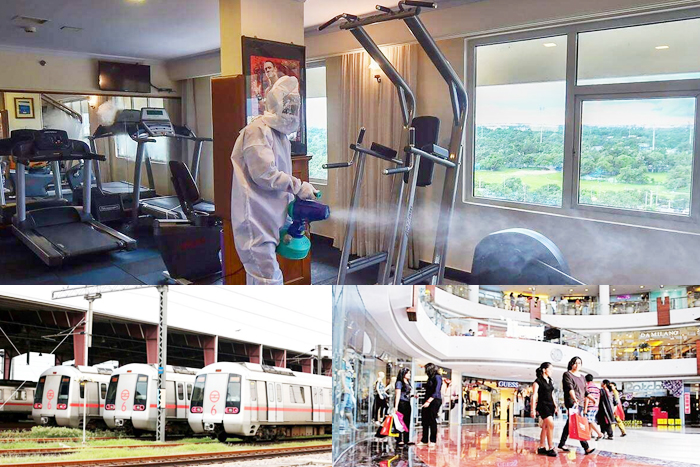 This phase comes at a time when India’s corona virus tally has crossed the 3.38 million mark and the number of deaths due to the disease have gone up to 61,529.

Unlock 4.0, the fourth phase of opening of the economy after coronavirus lockdown, will start from September 1.

This phase comes at a time when India’s Covid-19 tally has crossed the 3.46 million mark and the number of deaths due to the disease have gone up to 62,550.

Officials have said Unlock 4 guidelines, which will be announced later this week, only mention the activities which will be prohibited while the rest can resume.

Here is a look at what will change during Unlock 4.0:

The Centre is likely to allow resumption of metro services, which were halted since March 22, in Delhi and the NCR from September 1. Contactless ticketing system will be put in place and passengers will not be allowed to use tokens anymore.

Flouting Covid-19 norms such as not wearing a mask, sitting on seats meant to be left vacant in order to maintain social distancing and spitting or littering on the station premises will attract hefty fines.

Schools and colleges will remain to be shut, while bars will be allowed to serve liquor over the counter for takeaways.

Cinema halls will also remain shut as it won’t be feasible to run shows with only 25-30% capacity due to physical distancing norms.

In Karnataka, the academic year of colleges for various degree courses will commence from September 1 with online classes while offline classes may begin from October 1, the state government has said.

Karnataka may push for opening cinema halls and allowing sale of liquor in restaurants in a relief to hospitality sector.

In Unlock 4.0, domestic flights from Covid-19 hotspots will be allowed to land in Kolkata. “We have received several requests to resume flight operations from six Covid-19 hotspot states. So from September 1, flight services from these six states (Delhi, Mumbai, Pune, Nagpur, Chennai and Ahmedabad) can resume thrice a week,” CM Mamata Banerjee said.

While pubs and clubs are expected to open next month, West Bengal will be under complete lockdown twice a week.

Local trains in Mumbai will not resume in this phase. Mumbai police has also warned motorists that it will impound vehicles if they cannot show a “valid reason” for being out.

Chennai has announced that e-passes will be mandatory for inter-state and inter-district movement. Restrictions on liquor shops and hotels may be eased in the city in Unlock 4.0.