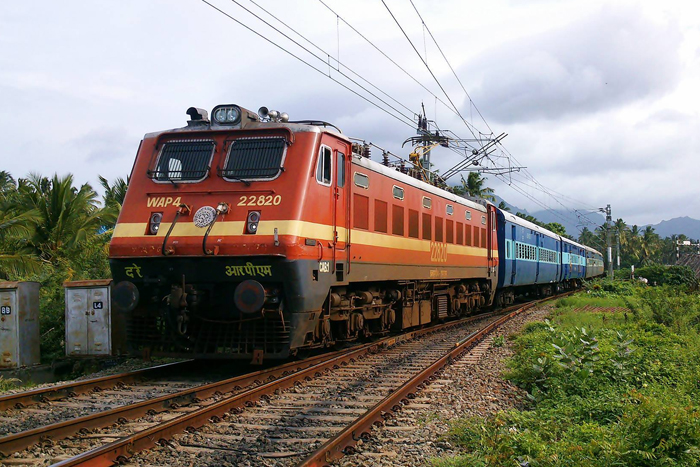 Indian Railways will start from today its latest initiative of operating clone trains in its network. Initially a total of 40(20 pairs) of trains will operate in the Indian Railways network which has seen a huge passenger traffic demand.

The main feature of the clone trains will be that these trains will have fewer stoppages and will also run at a higher speed than the original train.

Clone trains comes as a boon for the railway passengers and the problem of not getting tickets in the busy routes may be reduced with the introduction of clone trains.

Passengers can book the tickets from IRCTC website and app and also from the PRS counters for these trains. IRCTC shares were 0.8% higher at ₹1,415 in early trade as Indian Railways decided to operate more trains.

According to the list of trains being run by the Railways, 10 (5 pairs) will operate between Bihar and Delhi under the East Central Railways.

These trains will originate and terminate at Bihar’s Saharsa, Rajendra Nagar, Rajgir, Darbhanga and Muzaffarpur.

The two trains operating under the Northeast Frontier Railway are also from Bihar: Katihar to Delhi and back.

The Northern Railway will also run 10 trains (5 pairs) which will operate between Delhi and Bihar and back, West Bengal to Delhi, Punjab to West Bengal, Uttar Pradesh to Delhi among others.

The South Central Railway will operate two trains between Danapur (Bihar) to Secunderabad and back.

The South Western Railway will operate 6 trains (3 pairs) between Goa and Delhi, Karnataka-Bihar and Karnataka-Delhi.

The Western Railway will run 10 trains (5 pairs) between Bihar (Darbhanga)-Gujarat(Ahmedabad), Delhi-Gujarat, Bihar (Chhapra) to Gujarat (Surat), Mumbai-Punjab, Gujarat(Ahmedabad)-Bihar (Patna) The Railways had suspended all passenger trains services due to the imposition of a nationwide lockdown from 25th March. However, it resumed services in a staggered manner, with Shramik Special trains to help stranded migrant workers reach their home states from 1st May.

While the tickets for 19 pairs of these trains — all 18 coaches — will be charged at the Humsafar Express rates, the fare will be at par with the Janshatabdi Express rates for the 22-coach clone train between Lucknow and Delhi.

The advance reservation period for these trains will be 10 days and the booking opened at 8 am on September 19, the Railways said.