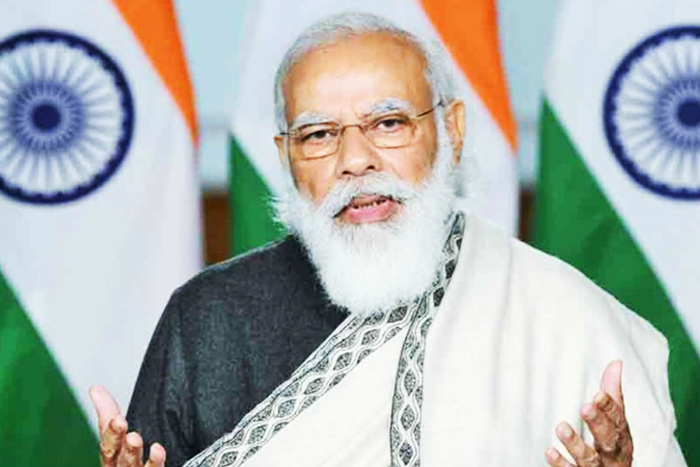 Prime Minister Narendra Modi will inaugurate projects worth a total of ₹1,500 crore on Thursday, including the Varanasi International Cooperation and Convention Centre ‘Rudraksh‘, built with Japanese assistance.

Prime Minister Narendra Modi will be visiting his Lok Sabha constituency of Varanasi on Thursday to inaugurate development works worth over ₹1,500 crore there, his office announced a day ago. The projects include, according to news agency — a 100-bed model maternal and child health (MCH) wing at the Institute of Medical Sciences of the Banaras Hindu University (BHU), multi-level parking facilities, highway development projects, and tourism projects as well.

Tomorrow, 15th July, I will be in Kashi to inaugurate a wide range of development works worth over Rs. 1500 crore. These works will further ‘Ease of Living’ for the people of Kashi and Poorvanchal. https://t.co/jssVnz5bVa

Prime Minister Modi, announcing his upcoming visit to Varanasi, had tweeted out a day ago with well-wishes for the people who voted for him in the 2019 Lok Sabha elections. “Tomorrow, 15th July, I will be in Kashi to inaugurate a wide range of development works worth over Rs. 1500 crore,” he wrote. “These works will further ‘Ease of Living’ for the people of Kashi and Poorvanchal.”

I am delighted to be inaugurating a convention centre Rudraksh in Varanasi. Constructed with Japanese assistance, this state-of-the-art centre will make Varanasi an attractive destination for conferences thus drawing more tourists and businesspersons to the city. pic.twitter.com/ExoBLO6sp3

Prime Minister Narendra Modi will be visiting Varanasi at around 11am on Thursday, ANI reported, citing a notification from the Prime Minister’s Office (PMO). He will first inaugurate multiple public projects and works — including the MCH wing at the BHU hospital, a multi-level parking facility at Godauliya, Ro-Ro vessels for tourism development on the Ganga river, and a three-lane flyover bridge on the Varanasi-Ghazipur highway. These projects are worth a total of around ₹744 crore, the PMO said.

PM Modi will then proceed on to laying the foundation stones for a bunch of other public projects and works, including the Centre for Skill and Technical Support of Central Institute of Petrochemical Engineering and Technology (CIPET), 143 rural projects under Jal Jeevan Mission, and a mango and vegetable integrated packhouse in Karkhiyanv. These projects are worth around ₹839 crore in total, the PMO said.

PM Modi’s Varanasi itinerary also includes inaugurating at 12:15pm the International Cooperation and Convention Centre – Rudrakash, which has been constructed with Japanese assistance. Thereafter, the Prime Minister will inspect the MCH wing in BHU at around 2pm. He will also meet with officials and medical professionals to review the Covid-19 situation in the region, the PMO added.