You are here
Home > DAILY BAWAL > Mehbooba says Modi ready to talk but no dialogue amid bullets, stones 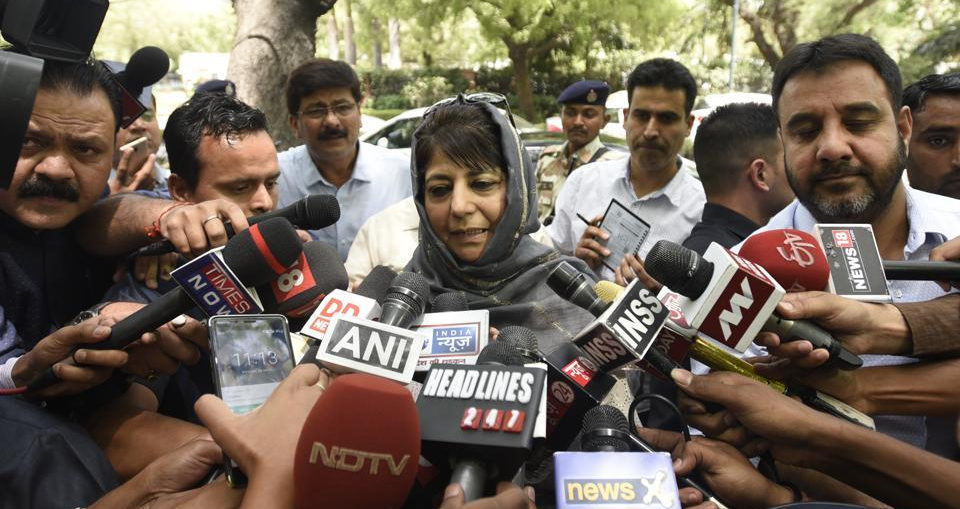 Jammu and Kashmir chief minister Mehbooba Mufti said on Monday Prime Minister Narendra Modi was “amenable” to talks with all stakeholders to restore peace in the region but that no dialogue was possible in the face of bullets and stones.

Mufti made the comments after meeting Modi in New Delhi on a day violence spiralled in Kashmir. A local leader of Mufti’s People’s Democratic Party (PDP) was shot dead by suspected militants and students clashed with security forces in Srinagar’s Lal Chowk.

At her meeting, Mufti referred to former Prime Minister Atal Bihari Vajpayee’s more moderate vision for Kashmir, and said Modi too believed in that approach to peace.

“Modiji has repeatedly said he will follow in the footsteps of Vajpayeeji, whose policy was of reconciliation not confrontation,” Mufti told reporters after the meeting.

“There is no option but to talk, but it can’t happen amid stone-throwing, bullets.”