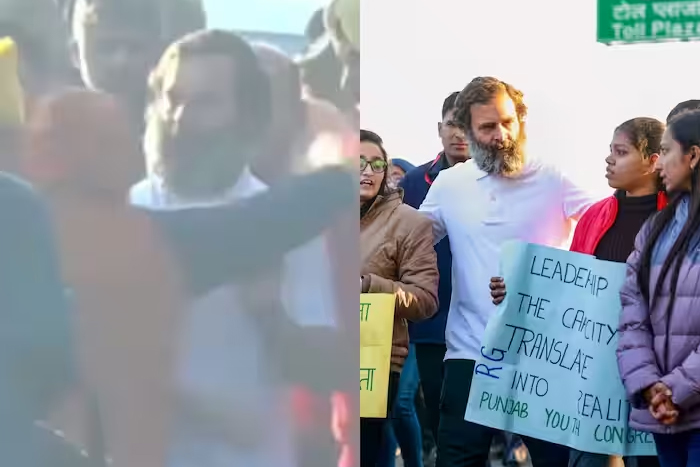 The man broke the security around the Congress MP and went on to hug him in a serious security breach.

A man ran into Rahul Gandhi and hugged him breaching the security at Bharat Jodo Yatra in Punjab’s Hoshiarpur on Wednesday. The man broke the security around the Congress MP and went on to hug him in a serious security breach.

The man was later pushed away from him by the security officials.

The CRPF ruled out any security breach during Rahul Gandhi’s Delhi leg of the Yatra. “Violations of laid down guidelines on the part of Rahul Gandhi have been observed on several occasions and this fact has been communicated to him from time to time,” the CRPF said in a statement.

“Delhi leg of Bharat Jodo Padyatra for 24th December ASL involving all stakeholders was conducted on Dec 22. All security guidelines have been strictly followed and Delhi Police has informed that sufficient deployment of security personnel was made,” it added.

The central police also pointed out that the Congress MP has violated security guidelines 113 times since 2020 and the same has been communicated to him.

“Since 2020, there have been 113 violations observed and duly communicated. It may further be mentioned that during the Delhi leg of Bharat Jodo Yatra, the protectee has violated security guidelines and CRPF will be taking up this matter separately,” it said.