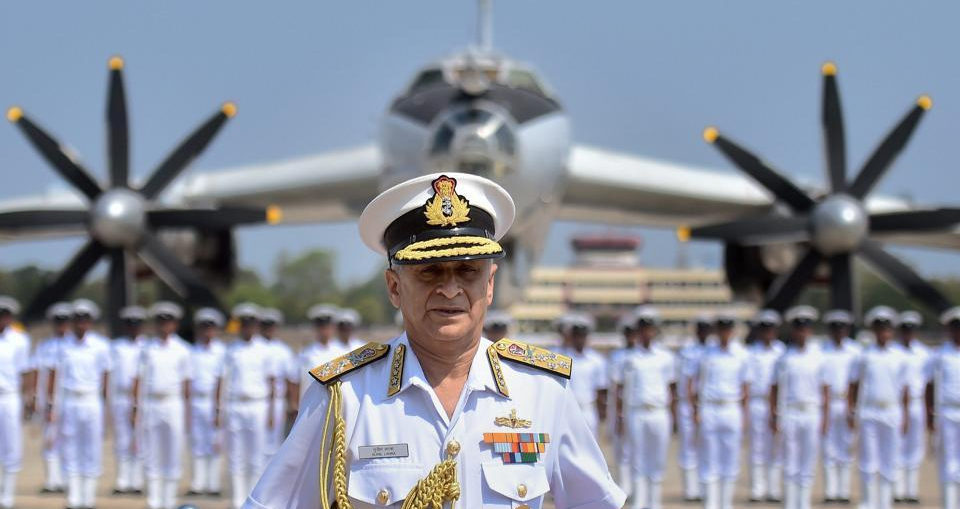 After dominating the skies above the seas for 29 years, the Indian Navy’s TU-142M aircraft were given a ceremonial farewell on Wednesday at the INS Rajali, India’s premiere Naval Air Station in Arakkonam, Tamil Nadu.

“The ceremony was attended by Chief of the Naval Staff Admiral Sunil Lanba, Vice Admiral HCS  Bisht, Flag Officer Commanding-in-Chief, Eastern Naval Command, and serving and retired officers and men, who have served in the INAS 312 (the squadron of TU-142M),” the Indian Navy said in a statement.

Lauding the stellar role played by the TU-142M aircraft as a Maritime Reconnaissance and Airborne Anti Submarine Warfare aircraft, Admiral Sunil Lanba recollected “the crucial role played by the squadron in Operation Cactus in the Maldives, where fleeing mercenaries were detected and tracked till they were apprehended by Indian warships.”

He also mentioned the maiden participation by TU aircraft as the first Indian Naval aircraft in the Republic Day flypast of 1999.

Acknowledging the professionalism of the pilots and maintainers, who kept the aircraft in peak efficiency during their long service, Lanba said: “The rich legacy of the squadron would continue as the baton is being passed on to the proud crew of the worthy successors, viz. the P-8I squadron.”

In the farewell flight, the TU-142M were accompanied by three Chetak helicopters, two Dorniers, one IL-38 and one Boeing P-8I.

In appreciation of its service, a TU static display was also inaugurated by the Navy chief at INS Rajali.

During its three decades of operational service, the aircraft participated in all major exercises and operations including Operation Cactus in the Maldives, Op Vijay in 1998, Op Parakram in 2002 and anti-piracy operations from 2011 till date.

P-8I is the third type of aircraft, after the Lockheed L1049G Super Constellation and the TU-142M aircraft, to be operated by INAS 312. P-8I, considered one of the most advanced maritime reconnaissance aircraft, was inducted in 2015.