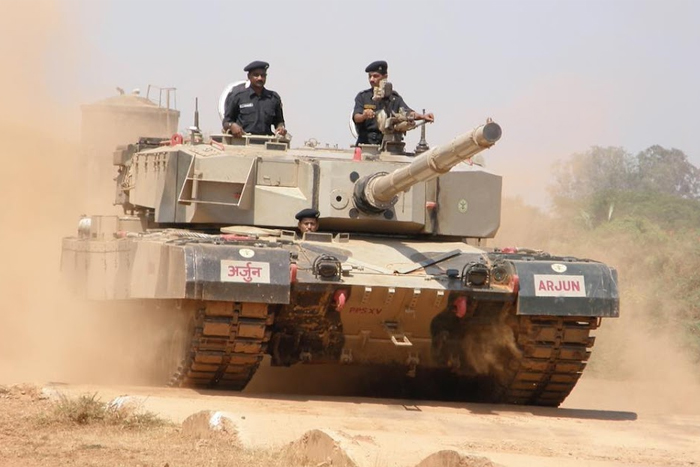 NEW DELHI: Arjun may have ultimately vanquished Bhishma in the battlefield of Kurukshetra, but the Army still does not have faith in the former. The 13-lakh force continues to drag its feet in approving the long-pending order for 118 `improved’ Arjun Mark-1A main-battle tanks.

The DRDO, however, is confident that the Rs 6,400 crore indent to produce the indigenous tanks will be placed on the Heavy Vehicles Factory (HVF) at Avadi before this fiscal ends on March 31.

The mood is buoyant after PM Narendra Modi took a ride on the Arjun in Jaisalmer last month. “The Mark-1A tanks have better firepower, mobility, protection and endurance than the first 124 Arjuns inducted by the Army over a decade ago. As per HVF, each Mark-1A tank will cost Rs 54 crore,” said a defence scientist.

But the Army is not convinced yet. The force continues to bank upon the Russian-origin T-90S tanks, christened `Bhishma’, for its “shock and awe” capabilities on the western front.

Arjun has been a long running feud between the Army and DRDO. The force contends the “extra-heavy” Arjun Mark-1 tanks (62.5-tonne as compared to 46.5-tonne T-90S tank) is plagued by “maintenance, sustenance and ammunition issues”.

The DRDO, however, says “all maintenance, spares and other issues” have now been resolved for the first 124 tanks. Moreover, there are 14 major and 58 minor “improvements” or capability-enhancements on the Mark-1A tanks to meet the Army’s requirements.

“Validation trials of Arjun Mark-1A tanks, which were driven over 6,000-km, were successfully completed in December 2018. They met all technical requirements. The only requirement left is the cannon-launched guided missile (CLGM),” said a scientist.

“The Israeli Lahat CLGM did not meet the Army’s specification for lower-range fire below 1.5-km, though it could hit targets between 2 to 5 km away. An indigenous CLGM has already been tested twice…it can later be fitted on the Mark-1A tanks,” he added.

But a senior Army officer said the Arjun Mark-1A tank was still a work in progress. “While substantive issues have been addressed, additional upgrades or modifications are required in view of technology advances. The case for procurement of Arjun Mark-1A tanks is under active consideration and will be progressed accordingly,” he added.