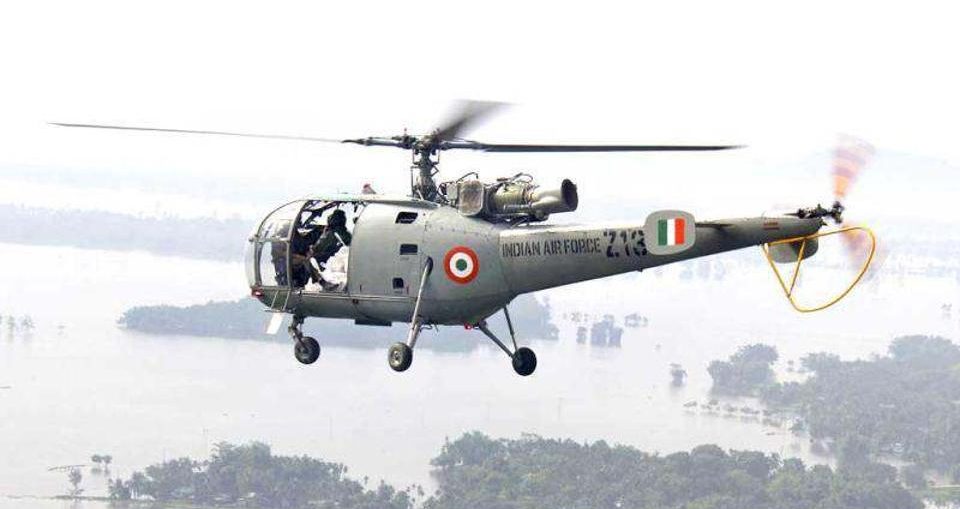 The bodies of three people killed in an Indian Air Force (IAF) chopper crash earlier this week have been recovered from the scene of the tragedy, Arunachal Pradesh police said on Thursday. A search is on for a fourth victim, they added.

The advanced light helicopter, which was on a flood rescue mission, had crashed on Tuesday afternoon. It was carrying three crew members and an Indian Reserve Battalion (IRB) soldier. “Three bodies have been retrieved from the debris,” said director general of police Sandeep Goel.

Papum Pare district superintendent of police Tumme Amo said 14 policemen and some local guides spotted two bodies after coming within eyeshot of the crash site, a deep gorge at Sopo Yuha, on Wednesday evening. However, darkness descended soon afterwards – forcing them to camp nearby.

The mission had to be resumed early the next morning.

“As it takes five hours to reach the spot on foot from the nearest village, a team comprising state policemen, National Disaster Response Force members, Army soldiers, IAF personnel and medical experts set off with a few guides around 4 am,” said Amo.

The helicopter had taken off from the Pilputu helipad near Sagalee in Papum Pare district at 3.48 pm on Tuesday. The aircraft lost contact with the ground staff minutes later.

Arunachal Pradesh chief minister Pema Khandu said the IAF chopper rescued 169 people from areas hit by floods and landslides before its last mission. “These brave personnel were out rescuing people stranded in the floods, airlifting them to safer locations. Hundreds of people mourn the death of their saviours,” he added.

Defence spokesperson Lt Colonel Sombit Ghosh said a court of inquiry has been ordered to investigate the cause of the accident.

Unpredictable weather makes travelling by helicopter a risky proposition in Arunachal Pradesh. Around the time of the IAF chopper’s disappearance, an Mi-17 aircraft carrying Union minister Kiren Rijiju was forced to land on an Itanagar polytechnic college ground due to poor visibility.

In March 2011, chief minister Dorjee Khandu and four others died after their Pawan Hans chopper crashed near Sela in Tawang district. Another helicopter was involved in an accident while landing at Tawang the same year, killing 16. Four years later, Tirap district deputy commissioner Kamlesh Joshi and two others lost their lives in a helicopter crash. In May, two IAF pilots died after their Sukhoi-30 fighter took a fatal dive near the Assam-Arunachal Pradesh border.