You are here
Home > DAILY BAWAL > Gurgaon: Genpact underpass set to open by end of March 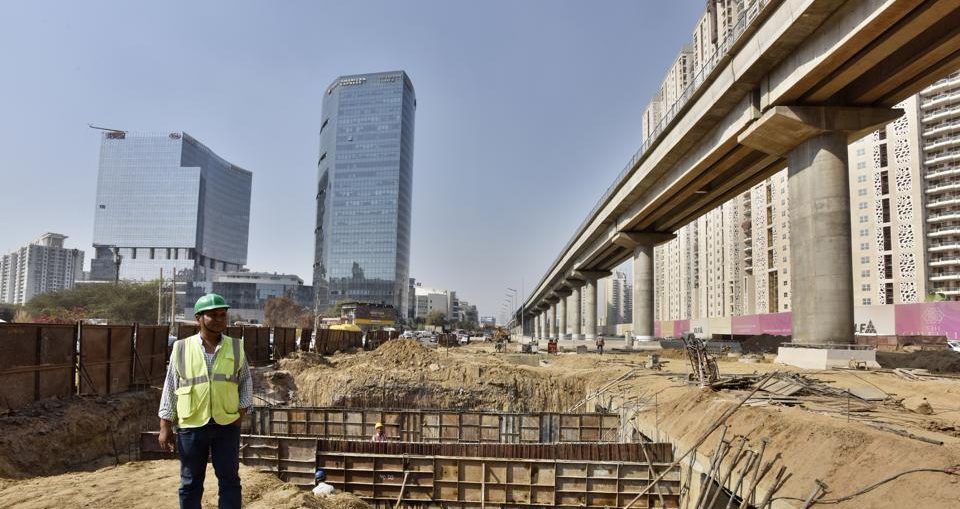 Last hurdle in opening underpass cleared as Huda, DLF sign agreement for sharing cost of project. Signing the cost-sharing agreement is an essential formality that is supposed to be done before the opening of the underpass for traffic before March 31.

The work on Genpact underpass on Golf Course Road is nearing completion.

With the Haryana urban development authority (Huda) and the DLF Limited signing an agreement on Thursday for sharing the cost of the much-awaited underpass on the Golf Course Road near Genpact, it is likely the facility will be opened for traffic by the end of this month. The work on the underpass is almost complete.

The agreement, which was to be signed on Wednesday, was delayed due to unavailability of some officials.

“The signing of this agreement for cost-sharing between Huda and DLF, who are stakeholders in construction of the underpass, could not be done on Wednesday as the signatory authorities from the DLF were not available,” Huda (Gurgaon) administrator Chander Shekhar Khare said, adding that the need for an underpass at the crossing on Golf Course Road is pressing.

Initially, the Genpact underpass was not a part of the 9km-long, 16-lane, signal-free corridor project between Shankar Chowk on the Delhi-Gurgaon Expressway and Sector 55/56. The Genpact underpass was incorporated in the project two years ago after receiving demands from residents for a safe passage at the busy Golf Course Road crossing, a senior Huda official said.

Huda had given consent to DLF to construct the underpass, but the cost-sharing agreement had not been signed till date.

“The agreement signing is an essential formality that had not taken place between the two parties involved in construction on cost-sharing basis. It was supposed to be done before the opening of the underpass for traffic before March 31. Nearly 90% work is complete and now finishing touches are being given to the underpass,” A senior executive of DLF Limited said.

Genpact Chowk is located next to the condominiums of DLF-5 and MNCs located on the Golf Course Road. It also leads commuters towards residential areas on the Golf Course Extension Road and connects with the Gurgaon-Faridabad Road. The 700m two-way underpass will help commuters avoid congestion at the junction where traffic from DLF 5, St Thomas Marg and Gurgaon-Faridabad Road converges.

Residents said the underpass will help them bypass the congestion at the Sector 53-54 Metro station. Residents in sectors 27, 28, 42, 43, 54, 55 and 56 will largely benefit from the opening of the underpass.

With the completion of the Genpact underpass, it will be the seventh and the last underpass to open on the 8.3km signal-free stretch of Golf Course Road between Sectors 55/56 and Shankar Chowk.

The underpass was expected to be opened in December 2017, but no official date of opening was set for the project.

The project’s construction began simultaneously with the phase 2 expansion of the Rapid Metro. Labour shortage, delay in shifting of an underground gas pipeline located near the underpass are the reasons cited for the delay in its construction.