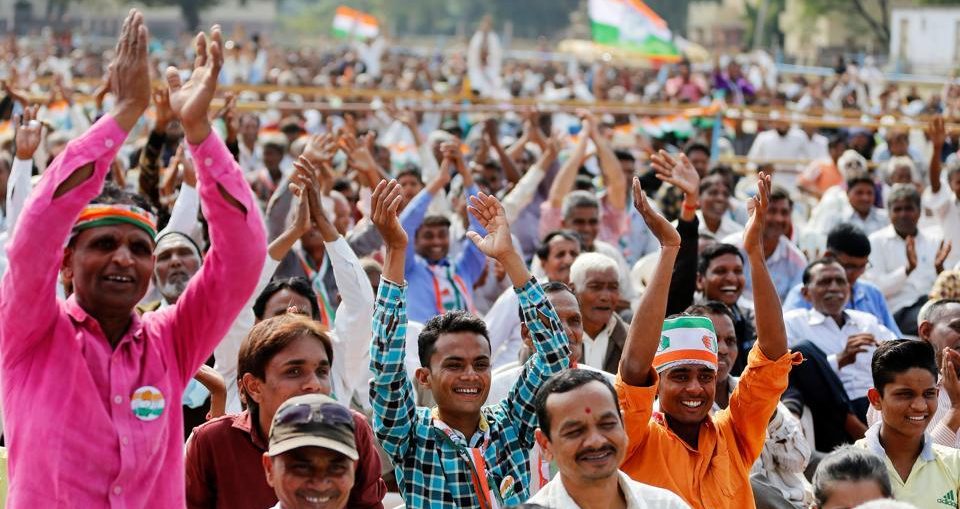 How did Gujarat 2017 move from being an election that was just for the BJP to sweep to becoming an election where Prime Minister Narendra Modi’s party had to work extraordinarily hard to retain its dominance?

Supporters during a Congress rally in Dakor, Gujarat.

When a Congress strategist went to Gujarat in March to assess election prospects, his interlocutors told him that the party had little chance.

As the Gujarat campaign ends, the Congress camp — cautiously — feels it has given the BJP a tough challenge, could even sneak past the majority mark and cause a huge upset. The BJP, however, continues to be confident. At its media centre in Ahmedabad, a senior leader remarked, “All of you are making Rahul Gandhi a leader. Wait till December 18 and he will be back to square one.”

Irrespective of the outcome, how did Gujarat 2017 move from being an election that was just for the BJP to sweep to becoming an election where it had to work extraordinarily hard to retain its dominance? The answer lies in the campaign strategies adopted by both parties.

The Congress relied on the BJP’s vulnerabilities. For one, BJP’s social coalition had fractured with Patidars disenchanted. Hardik Patel was able to draw huge crowds. By allying with him, Congress hoped to ensure anti-BJP votes would not get fractured.

Two, BJP’s economic narrative was stressed. Traders had been hit hard by GST. Many young people who had invested in expensive private education could not find jobs. And farmers were not happy with the prices they were getting. Rahul focused on these three messages.

Three, Congress capitalised on the post-Modi deficit. Since 2014, BJP had two chief ministers — Anandiben Patel and Vijay Rupani, both not a patch on the political or administrative skills of the PM. And four, it ran a different campaign. To ensure it was not seen as ‘pro-Muslim’ and ‘anti-Hindu’, Rahul visited temples. At the same time, the party kept up private channels with Muslims and by giving six tickets to Muslims, the same as last time, sent a signal.