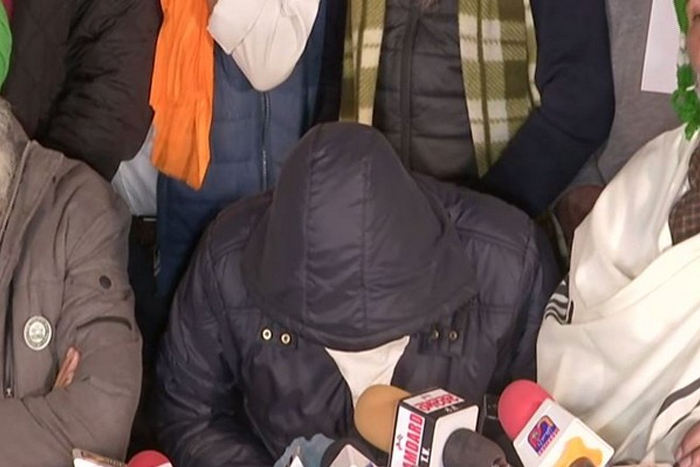 Protesting farmers camped at Singhu on the Delhi-Haryana border claimed to have captured a man who says he was part of a 10-member team trained to incite violence during the planned tractor rally on January 26 and kill farmer leaders ahead of that. The man, who said he was trained by a police official to disrupt the event on Republic Day, has been handed over to the Haryana police.

The protesters said the young man, caught late yesterday evening, was part of a conspiracy to break up ongoing agitation which has seen thousands of farmers from Punjab, Haryana, Uttar Pradesh, and other states take part. The 10th round of talks they held with the Central government yesterday ended in a deadlock.

The farmers have been protesting for nearly a month and a half under severe climatic conditions demanding the repeal of three contentious agricultural laws passed by Parliament in September. The protesters have decided to proceed with a planned tractor rally on Republic Day in Delhi.

“Our plan was that on January 26…from the first line, a gun will be fired when the Delhi police tries to stop (the tractor rally). The orders are to first try and stop them (farmers). If they don’t stop, the orders are to fire at them,” the captured man, his face covered, told media persons last night.

“On 24th, the plan is to shoot the four people on stage. We were trained by Pradeep Singh…he is police SHO of Rai (station house officer or station in charge). Whenever he came to meet us, he would be wearing a mask,” the man alleged.

The SHO of Rai police station, however, is Vivek Malik and no other policeman named Pradeep is stationed there. Mr Malik, who’s been posted at Rai for the past seven months, said he watched the farmers’ press conference last night and was surprised at the claims made by the captured man.

At the press briefing, the unnamed man also said there were nine others, including two women, who were part of the team meant to spark chaos at the tractor rally, although he didn’t know the names of the others.

One farmer leader said, “The youth has identified photos of the four farmer leaders who were to be targeted by them in some manner…the operation was to be executed any time after January 23.”

The captured man is being questioned by the Sonipat police.