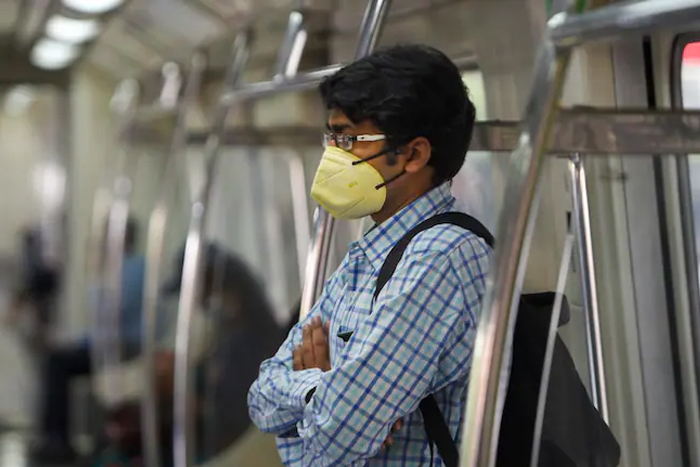 What may be the first signs of recovery for Delhi started to appear around two weeks since the time the city went under a lockdown, data shows.

The average weekly test positivity rate – proportion of samples tested that return positive for Covid-19 – in Delhi has now dropped at least five percentage points in the past week, offering a much-needed glimmer of hope at a time when the Capital’s administration and its people are engaged in a brutal battle against the city’s fourth Covid wave.

What may be the first signs of recovery (with the positivity rate, and subsequently, cases starting to plateau) for Delhi started to appear around two weeks since the time the city went under a lockdown, data shows.

The move, experts suggested, appeared to have helped bring the transmission of the disease under control, although they warned that removing curbs on social movement prematurely may again start the spread of the infection.

On Friday, the daily positivity rate was 24.9%, remaining below 25% for the second day in a row, even as the Capital added 19,832 new cases and recorded 341 new deaths, according to the government’s bulletin on Friday, taking the total number of infections in the city to 1,292,867 and fatalities to 18,739.

In the past week, 27.4% of all samples have returned positive in Delhi, against 32.5% the week before. The average positivity rate was consistently above 30% in the two weeks before the current one.

To be sure, even at 27.4%, the current average positivity rate in Delhi remains more than five times the 5% threshold recommended by the World Health Organization (WHO) at which the Covid-19 infections in an area can be said to be under control.

Positivity rate is a crucial metric that shows how widespread the virus is in the community, and over time it provides an idea of whether a region’s testing strategy is adequate to contain the virus. Generally, this metric serves as a precursor to the movement of new infections in a region – for instance, if a region’s positivity rate is rising, it means that cases will likely remain rising (if the same amount of testing is maintained) over the coming days.

This apparent cresting of the wave is reflected when we take a look at the case curve in Delhi – the seven-day average of daily infections have dropped 19% from the peak of 25,294 for the week ending April 23 (exactly two weeks ago) to 20,505 for the week ending Friday.

Deaths due to the disease, however, are yet to see as proportionate a drop as cases have – the seven-day average of daily deaths have only seen a marginal drop of 7% from peak value so far. However, studies have shown that death figures generally catch up to change in rate of cases at a 14-day lag. This is because studies have showed that the median time between someone testing positive for Covid-19 and dying from it (if things go South) is around 13.8 days.

Experts said the reduction in positivity rate appeared to show that Delhi has reached its fourth peak.

“A stringent lockdown may be used to break the chain of transmission. However, we cannot remain in lockdown for months on end. So, while planning to come out of the lockdown the government has to ensure that a significant proportion – 40% to 50% — of the people are vaccinated,” said Dr Amit Singh, associate professor, Centre for Infectious Disease at Indian Institute of Science, Bangalore.