You are here
Home > Political Bawaal > Development of all, appeasement of none: Yogi’s mantra for UP 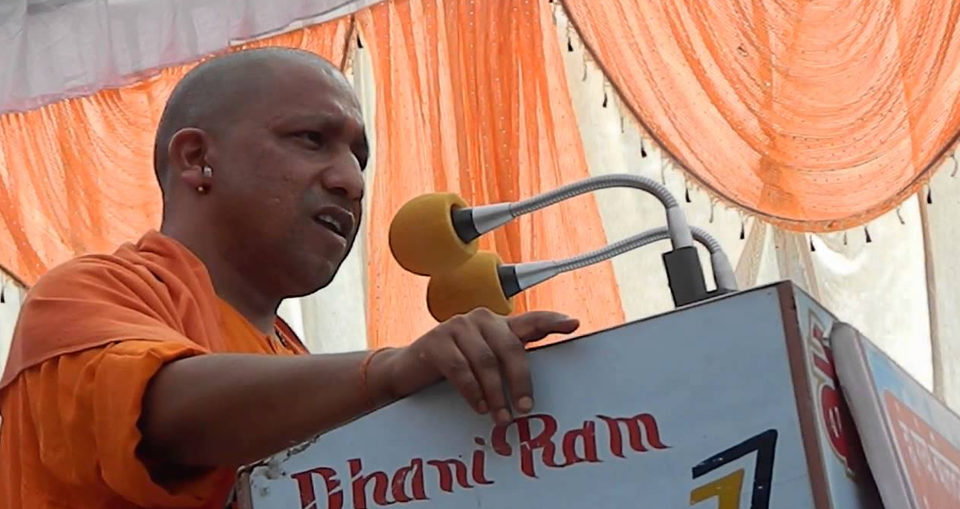 NEW DELHI: In his first public speech as the Uttar Pradesh chief minister, Yogi Adityanath said on Saturday that his government will work for the development of all+ and there will be no discrimination on the grounds of religion, caste or gender in the state.

“We will follow “sabka saath, sabka vikas” mantra of PM Modi,” Yogi Adityanath said, adding that there will be no attempt to “appease” any section+ of the population.

“We will show UP how a government should be run. How it should treat a common man,” the UP CM said while addressing a huge gathering at Gorakhpur’s Maharana Pratap Inter College.
Yogi Adityanath is on his maiden two-day tour to Gorakhpur after becoming the chief minister.

He also claimed that the newly formed BJP government will fulfill all promises made in the election manifesto.

“Uttar Pradesh has been deprived till now, but it won’t be neglected now,” Yogi said.

He also spoke about the anti-Romeo squads+ adding that they will not harass couples sitting together but will target those who harass women in public places, schools and colleges.
He added that UP would become a developed state. He promised to work for all of Uttar Pradesh and said that people should not take the law into their own hands.

Adityanath also announced a government subsidy of Rs 1 lakh for healthy pilgrims who want to go on the Kailash Mansarovar Yatra.

Asus to launch a new AMD-powered notebook in India today