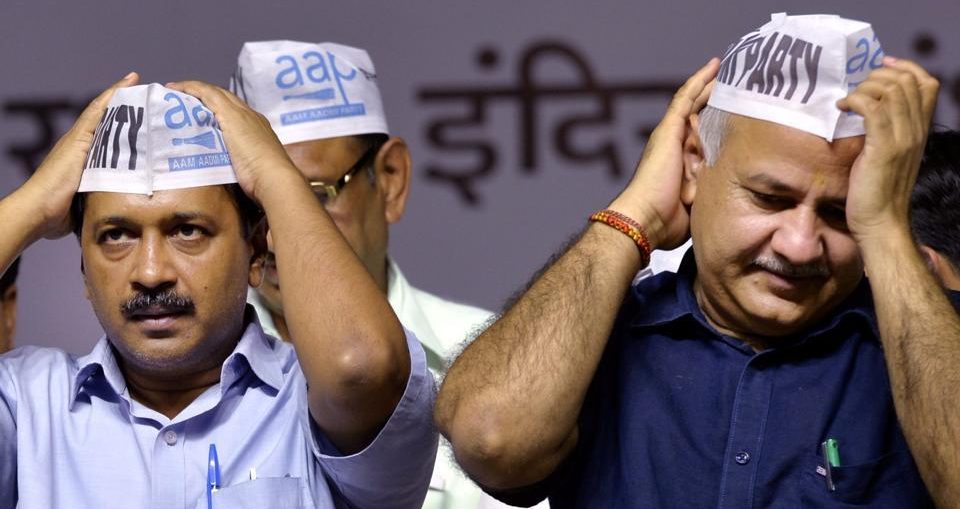 The return of the AAP government order by officers hint that the tussle between the political executive and the bureaucracy is unlikely to end anytime soon.

Delhi Chief Minister Arvind Kejriwal, deputy CM Manish Sisodia and other AAP leaders at the party’s Pradesh Mahasammelan on the issue of full statehood to Delhi, in New Delhi on Sunday, July 1, 2018.

Hours after the Supreme Court verdict, the Aam Aadmi Party (AAP) government issued an order withdrawing all powers of transfer and posting of IAS officers and other employees from the Lieutenant Governor, the chief secretary and heads of departments.

But the order issued by deputy chief minister Manish Sisodia was returned by bureaucrats in the evening on the grounds that it was “legally incorrect”.

This was the first file moved by Sisodia after the judgment. The return of the order by officers hints that the tussle between the political executive and the bureaucracy is unlikely to end anytime soon.

According to the order issued by Sisodia–who is also minister of the services department–the chief minister will approve transfers of IAS, DANICS, all-India services officers, equivalent officers of the central civil services and provincial civil services. The L-G was earlier approving such orders.

The transfers and postings of Delhi Administrative Subordinate Services (DASS) Grade-I, II, principal private secretary and private secretary will be approved by the deputy CM. These officers were earlier transferred by the chief secretary.

The minister-in-charge (services) will have a say in the transfer and posting of DASS grade-III and IV officers and of stenos, which was earlier being cleared by the principal secretary of the department. Other employees of cadre and ex-cadre officers within the department will be transferred and posted by the department minister concerned.

But uncertainty looms over Sisodia’s order as bureaucrats returned the file, saying it was legally untenable. “The services department had come under the L-G after a home ministry notification issued in May 2015. But the notification, addressed to the President, has not been set aside by the Supreme Court,” said a government official.

An advisor to the government refused to comment on the file being returned.

Bureaucrats said the issue of control over transfers and postings will be taken up by the regular bench of the Supreme Court. “So it is the regular bench that will decide. Also, the ‘services’ still lies with the L-G because Delhi is a Union territory and does not fall under the concurrent and state lists,” an official said on condition of anonymity.

Former bureaucrats said the gist of the SC order was that the elected government of Delhi and the lieutenant- governor needed to perform their functions in coordination.

“Earlier too, the chief minister could give their recommendations on the matter of transfers and postings but the final call was of the L-G. The government needs to better its relations with the Centre and officers so that work is not affected,” said former chief secretary of Delhi Omesh Saigal.

Reacting to the judgment, members of the IAS association said the verdict does not completely go in favour of Kejriwal. “Only the contours of the constitution was laid out and the principles for the L-G and the government were stated. The only relief the AAP government got is that now it won’t need the L-G’s concurrence on every file,” a bureaucrat said.

Services has been a bone of contention between the L-G and the Delhi cabinet ever since the AAP came to power in 2015. The controversy erupted after the L-G appointed then principal secretary (power) Shakuntala Gamlin as the interim chief secretary in the absence of KK Sharma. The order drew strong criticism from Kejriwal who called the appointment as illegal.

In August 2016, Kejriwal again criticised the Centre and the L-G for replacing two senior officers, PWD secretary Sarvagya Srivastava and health secretary Tarun Seem, with IAS officers Ashwani Kumar and Chandraker Bharti without consulting him. This was also followed by the CBI raids at his office and arrest of Rajendra Kumar, principal secretary to the CM, in a graft case.