You are here
Home > Bollywood Bawaal > Sonali Bendre diagnosed with high grade cancer, says she’s determined to fight every step of the way 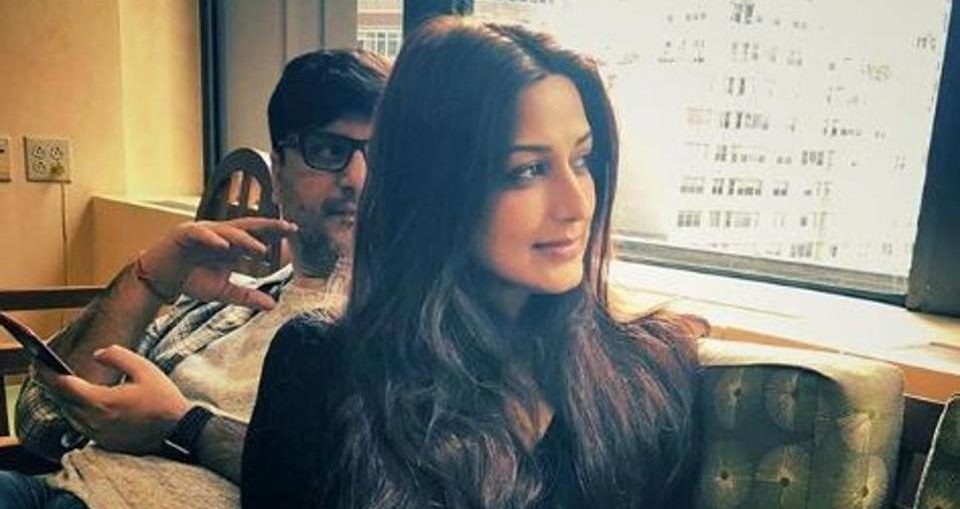 Actor Sonali Bendre has said that she has been diagnosed with high grade cancer that has metastised. She is undergoing treatment in New York at present.

Sonali Bendre has revealed that she has cancer and is undergoing treatment in New York.

Bollywood actor Sonali Bendre Behl has been diagnosed with high grade cancer, the actor said on Instagram and Twitter on Wednesday afternoon. She added that she is undergoing treatment in New York and has her family and friends to support her. After her statement, many of Sonali’s Bollywood colleagues wished her speedy recovery. Actor Akshay Kumar, who worked with Sonali in Once Upon A Time In Mumbaai Dobara, told that after hearing of her ill health, he met her in New York. He told us: “I know that Sonali is a fighter. May God help bring her back in the best of health!”

In a statement on Twitter, she wrote, “Sometimes, when you least expect it, life throws you a curveball. I have recently been diagnosed with a high grade cancer that has metastised, which we frankly did not see coming. A niggling pain led to some tests, which led to this unexpected diagnosis. My family and close friends have rallied around me, providing the best support system that anyone can ask for. I am very blessed and thankful for each of them.” More details are yet to emerge but it’s believed that her husband, film-maker Goldie Behl, and other family members are constantly by her side.

“There is no better way to tackle this, than to take swift and immediate action. And so, as advised by my doctors, I am currently undergoing a course of treatment in New York. We remain optimistic and I am determined to fight every step of the way. What has helped has been the immense outpouring of love and support I’ve received over the past few days, for which I am very grateful. I’m taking this battle head on, knowing I have the strength of my family and friends behind me,” she added.

Baahubali 2 Movie Review: Katappa’s Treachery Finally Explained. Is It Worth The Wait? Here’s The Answer

Is your sitting job making you fat? You’ve higher heart disease risk than others